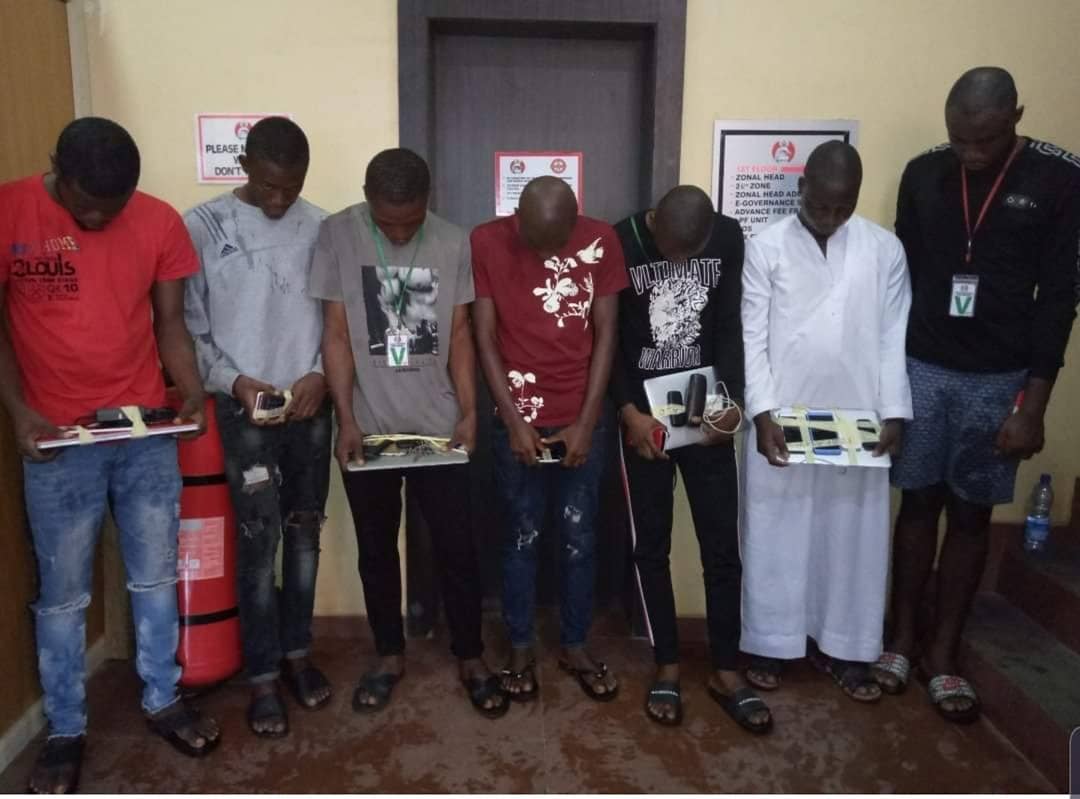 The Economic and Financial Crimes Commission, EFCC, has arrested five undergraduates and 12 others over their alleged involvement in Advance Fee Fraud popularly called ‘Yahoo Yahoo.’

EFCC’s zonal office in Ibadan, Oyo State disclosed that the undergraduates claimed to be students of Federal Polytechnic in Ado Ekiti.

The anti-graft agency disclosed on it twitter handle that the suspects were arrested on Monday in Ado-Ekiti, the Ekiti State capital.

The tweet reads: “The Economic and Financial Crimes Commission, Ibadan zonal office, on Monday, October 7, 2019, arrested 17 suspected internet fraudsters among whom were five who claimed to be students of the Federal Polytechnic, Ado Ekiti.

“The suspects were arrested in Ado-Ekiti, the Ekiti State capital following meticulous consideration of intelligence reports detailing their alleged involvement in internet fraud and other related offences.

“The suspects will be charged to court as soon as investigations are concluded.”