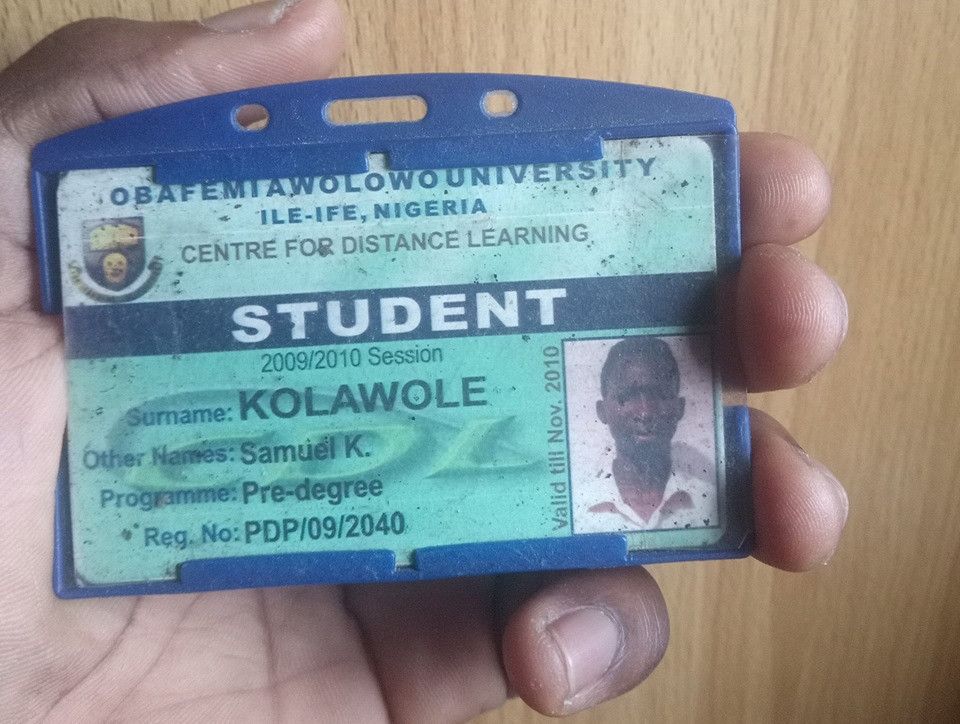 Kola Onifoto, a Nigerian photographer, joined the #sexforgrades conversation by sharing his experience with a lecturer who took N200K from his father to get him admitted into Obafemi Awolowo University (OAU).

According to him, this happened in 2010 and the man never got him admitted into the school. The man he identified as Fowowe, reportedly made him spend 7 months on a fake pre-degree course and also stopped him from writing exams with other students.

Kola wrote; My own, a lecturer collected close to 200k from me in 2010 for admission in OAU after spending 7 fake months in pre degree..

Bastard never registered me, I was just attending classes, exam days he will tell me not to go.

1. The pre degree stuff was advertised on Radio Lagos, me and my dad was listening and after spending 4 years at home and all, my dad said we should give it a try.

4. After the exams, man told my dad I didn’t pass but he has helped me, that I should come for the pre degree.

5. The pre degree fees was paid to his account directly.

6. My dad had a fatal accident that year and while still treating his broken arm, in that pains he paid for the fees 130,000N

9. His wife then was the secretary to the VC

He called me January 2016 to beg for forgiveness..

I have not forgiven you o!!!