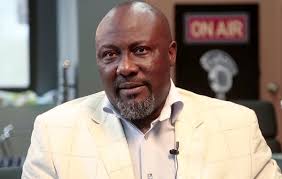 The Court of Appeal in Abuja has affirmed the August 23, 2019 judgment of the election tribunal which voided the election of Dino Melaye (of the Peoples Democratic Party) as Senator for Kogi West Senatorial District.

The court, in a judgment, read earlier today, ordered the Independent National Electoral Commission (INEC) to conduct of fresh election in some parts of the Senatorial District within 90 days.

The Appeal Court noted that there were discrepancies in the dates contained on the result sheets produced by INEC for the election held on February 23, 2019 in the Senatorial District.

The Justice A.O. Chijioke-led Kogi State National Assembly/State Assembly Election Tribunal had, in its August 23, 2019 judgment voided Melaye’s election, upheld the petition by Smart Adeyemi of the All Progressives Congress (APC) and ordered fresh election in some parts of the Kogi West Senatorial District.

READ  Wike to Nigerians: Blame yourselves for allowing Buhari without economy knowledge as president
Share this Post[?]