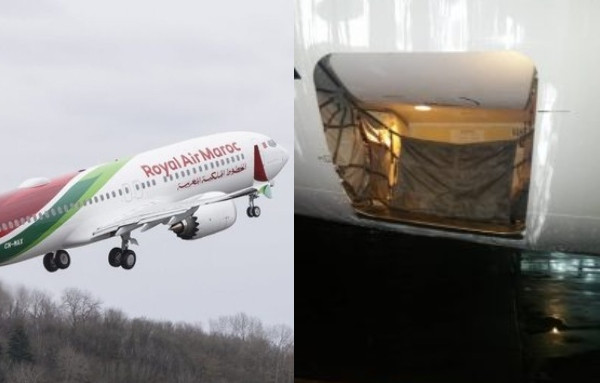 The Federal Airports Authority of Nigeria (FAAN) has confirmed the attack on an aircraft belonging to Royal Air Maroc aircraft at the international wing of Lagos airport.

According to FAAN, the aircraft coming from Rabat, Morocco, having landed successfully at the Lagos Airport was attacked by robbers while taxing to a stop.

The unknown assailants were said to have forced opened the cargo hold of the aircraft and made away with some items belonging to the passengers on board the flight.

Reacting to the attack, the FAAN spokesperson, Mrs Henrietta Yakubu, confirmed that the Royal Air Maroc flight with registration number CN – ROR landed at the Murtala Muhammed International Airport at about 0404hours on October 11, 2019, with its baggage cabin door opened.

According to her: “Confirming the incident, Aviation Security officials that escorted the aircraft upon landing noted that although all necessary security landing procedures were observed as the aircraft was landing and there was no invader around the aircraft, they suspected the opening must have been as a result of a forced landing.

“checks revealed that all passengers on the flight got their luggage intact, except for a certain Tazi Larbi, whose luggage with tag number 829116 did not come on the flight because it was left in Morocco

“Appropriate agencies have, however, commenced an investigation into the incident to ascertain the cause. The aircraft pushed back at about 0530 hours and was airborne to Morrocco at 0540 hours.”

Yesterday’s incident was not the first of its kind as similar cases of robbery had taken place in the past with unknown assailants carrying out attacks on aircraft while taxiing to take off or land at the Lagos airport.

Some of the attacks included the one unleashed on an aircraft carrying the two popular artists, Tiwa a Savage and Ayideji Balogun (Wizkid) and another robbery attack launched at another private jet belonging to Chief Atedo Peterside still at Lagos airport.

As at the time of filing this report the latest attack has started generating criticisms of the airport security system with many stakeholders querying the competence of the airport authorities.