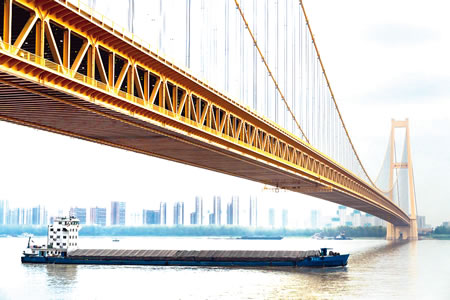 A double-deck suspension bridge that is said to be the longest in the world built on a major river was on Tuesday, October 8, opened to traffic in China.

The suspension bridge was built on the Yangtze River in Wuhan, capital of Central China’s Hubei Province and is 1,700-metre long stretching 4.13 kilometres in length.