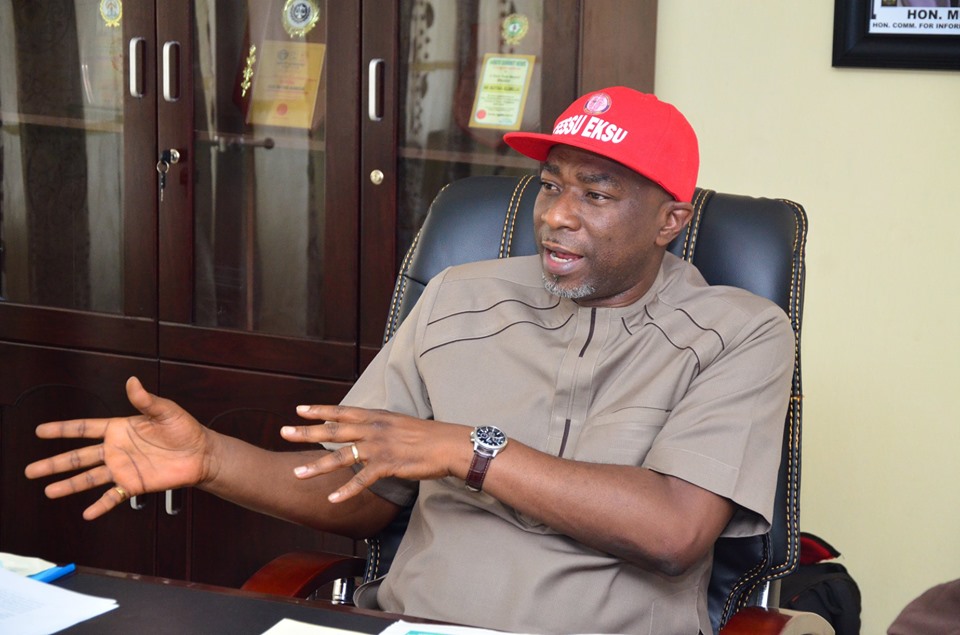 The Ekiti State Government has said that huge debt it inherited from the previous administration constrained it from fulfilling its promise to clear emoluments and salary arrears owed workers within one year.

Chief Muyiwa Olumilua, the state Commissioner for Information and Value Orientation, said this in Ado Ekiti on Saturday at a news conference to announce activities to mark the first anniversary of the Gov. Kayode Fayemi-led administration in the state.

Olumilua said that that the former Gov. Ayodele Fayose led administration left a huge debt of N57 billion as arrears of unpaid salaries and other benefits.

He said that other debts also left by the last administration totaled a whooping N156 billion.

Olumilua reiterated the commitment of the present administration to defray the N57 billion owed by the last administration, being accumulation of outstanding salaries of workers, pension, gratuities and other emoluments.

“We actually thought things were not as bad as we later found them to be, and it will be unfair on the part of government to focus the little resources within its reach on payment of salaries alone.

“we have tried all we could to fulfil part of the promise, as you can see Gov. Fayemi has ensured regular payments of salaries since we came into office one year ago on Oct. 16, 2018.

“Recall that before the advent of this administration, workers were owed salaries for reasons known to them, and all they were getting were small bags of rice and between N200 and N500 under the stomach infrastructure scheme.

“We have been able to change the narratives”, he said.

The commissioner said that with improvement of the state’s economy through the untiring efforts of the governor, the government intends to build an airport to further attract investors to Ekiti and make the state the economic hub of the country.

Olumilua disclosed that as part of the arrangement, the state was at an advanced stage of discussions to attract over $100 million required for construction of Ekiti Knowledge Zone, Special Agriculture Processing Zone, Ado-Akure Road, as well as Ekiti Airport.

He said government had also entered into partnership with Promasidor Company for the investment of $5million to revamp the moribund Ikun Dairy Farm, located at Ikun Ekiti, Moba Local Government Area of the state.

Newsmen recall that, In 2015, the government of Mr Ayodele Fayose started the airport project, with a projection of about N3.5 billion, to be located along Ado Ekiti-Ijan Ekiti road.

The project was however stalled due to a court case instituted by local farmers, whose farms were destroyed in the process, and were allegedly not adequately compensated by the last government.

Olumilua said the Airport project and others would be given priority attention because it would ensure that Ekiti became the hub of the service and knowledge industry in Nigeria.

Besides, he said that the state’s vision was to become the agriculture hub, and also improve access and connectivity for business and recreational travelers.

The commissioner said the state would look for more investors to drive the popular Ikogosi Warm Spring and Resort, the Ekiti Fountain Hotels, and Ire Ekiti Clay Bricks Limited, so as make them become fully operational.

He said the shareholder agreement for the new company to be formed to manage the Dairy farm would retain Promisador as the core investor, while the state would retain a minority interest, through its investment company, Fountain Holdings.

“This will attract a new investment of $5million into Ikun Dairy Farm, which will be used to buy equipment, provide the appropriate herd of cattle, and develop an out grower scheme for providing feed for the cattle.

“When the farm is fully operational, it will create hundreds of jobs directly, and indirectly and also improve the economy of the host community, surrounding communities, and Ekiti State at large.

“Before we came, all major business owners and development partners had fled Ekiti.

”The only visible people doing businesses in Ekiti then were the ‘’Yahoo boys’’, but we are gradually returning the trust and reclaiming our glory back,” Olumilua said.