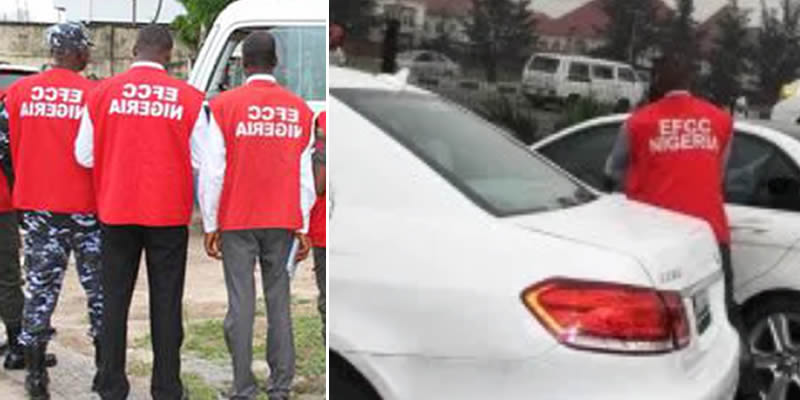 No fewer than forty-four (44) cars have been reportedly seized by the Economic and Financial Crimes Commission (EFCC) during a night raid in Osogbo.

The anti-graft agency raided atleast four night clubs in Osogbo, the capital of Osun state and cars were seized during the raid.

In a video which captured part of incident, the voice of a yet-to-be identified man who is likely to be responsible for the recording of the video could be heard counting the numbers of cars that have been seized while another voice of a lady could be heard underneath the video expressing her shock in Yoruba language, “E wo a duru motor”, see plenty cars”.

According to sources, night clubs invaded by the anti-graft agency were identified as Club secret, Green Arcade and Riverside while the cause of the raid remains unknown as at the time of writing this report.

In other news, the World Health Organisation (WHO) vaccination storage facility at the Ayegbaju Market in Osogbo, was on Saturday razed by fire.

The News Agency of Nigeria (NAN) reports that the incident occurred on Saturday.

According to a Nigeria Security and Civil Defence Corps (NSCDC) official, Ajinase Alade, attached to the facility, the fire started from a power generator close to the WHO storage facility.