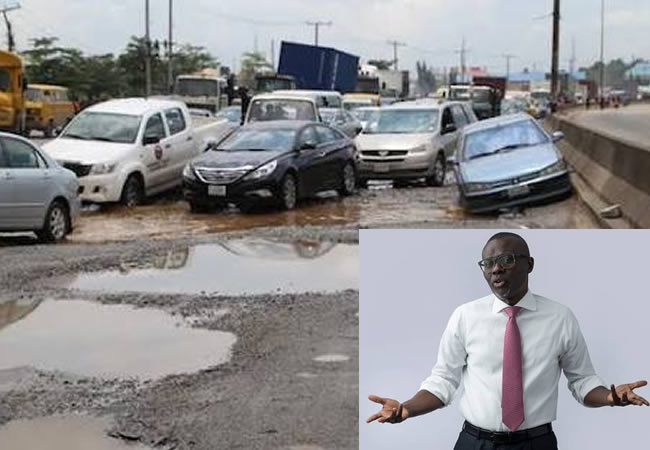 Governor Babajide Sanwo-Olu has declared a state of emergency on highways and carriages in state of disrepair in Lagos State.

In a statement issued by the governor’s Chief Press Secretary, Gboyega Akosile, on Sunday, the governor’s directive followed the conclusion of his series of meetings with eight multi-national engineering firms, which began a few weeks back.

Akosile disclosed that Governor Sanwo-Olu on Sunday at the Lagos House Marina, ordered massive construction work on critical roads and highways across the state, beginning from Monday (today).

He noted that all the eight engineering companies have been directed to move their equipment and personnel on the site for commencement of construction works on the identified roads considered critical to the reduction of traffic congestion in the State.

Sanwo-Olu added that Lagos State Public Works Corporation would be carrying out repairs of 116 inner roads in addition to over 200 roads already rehabilitated by the corporation in the last three months across the state to complement the major construction works.

He however appealed to residents to bear with the Government while efforts were being made to assuage their pains and bring permanent relief to them, adding that he was not unaware of the pain experienced by road users in the past few days, which he said was compound by persistent downpour.