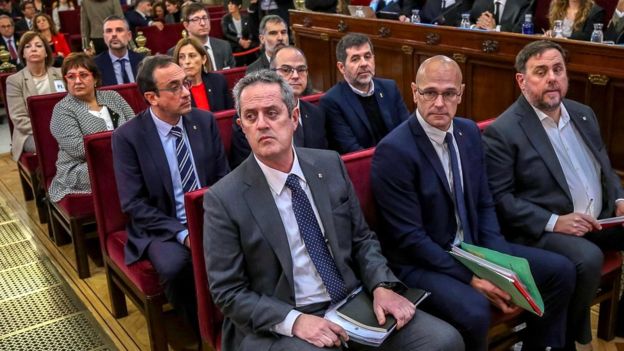 The Spanish Supreme Court on Monday imposed prison sentences ranging from nine to 13 years on nine Catalan separatist leaders for sedition over their role in the region’s 2017 failed bid for independence.

The sentences were lower than demanded by the prosecution, which had requested up to 25 years behind bars for the former Catalan Vice President Oriol Junqueras.

The court sentenced Oriel Junqueras to 13 years of prison on grounds of sedition and the misuse of public funds, said the ruling. It also handed 12-year sentences to three other former regional ministers.

In the dock were 12 former Catalan politicians who were being tried for their actions in the 2017 attempt to break away from Spain after an independence referendum that was ruled illegal.

Three of the accused were not jailed, being found guilty of disobedience but not sedition.