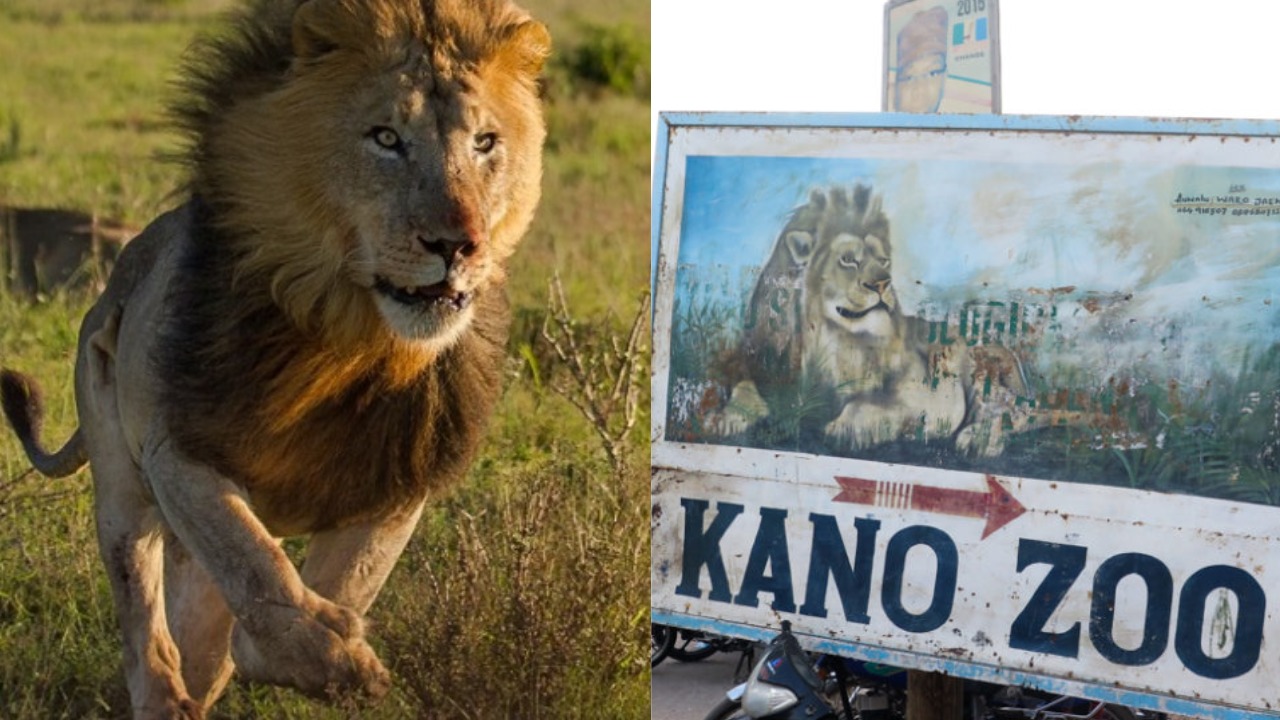 A Kano zoo lion whose escape put residents in panic mode has finally been captured and returned to its cage.

Following hours of search, experts have captured a lion that escaped from its cage at Kano Zoological Garden on Saturday night after the lion had devoured goats that were resting in their cage.

Head of the zoological garden, Sai’du Gwarzo, told BBC Hausa on Sunday that the lion was found inside the zoo premises.

Mr Gwarzo said the lion was found in a cage belonging to goats.

It had killed and eaten all the goats in the cage.

“The rangers had succeeded in locking up the cage before the lion was shot with an injection which made him less harmful before it was captured and returned to its cage,” he said.

The escape was said to have occurred around 9 pm on Saturday when rangers were trying to put the lion back to its cage after returning from the national agricultural show which took place in Nasarawa State.

The incident caused panic among residents of Zoo Road.

“My entire family members will be indoors even if it will take one month to recover the lion. I have not experienced this kind of fear since I packed into this area more than 15 years,” a resident had said.