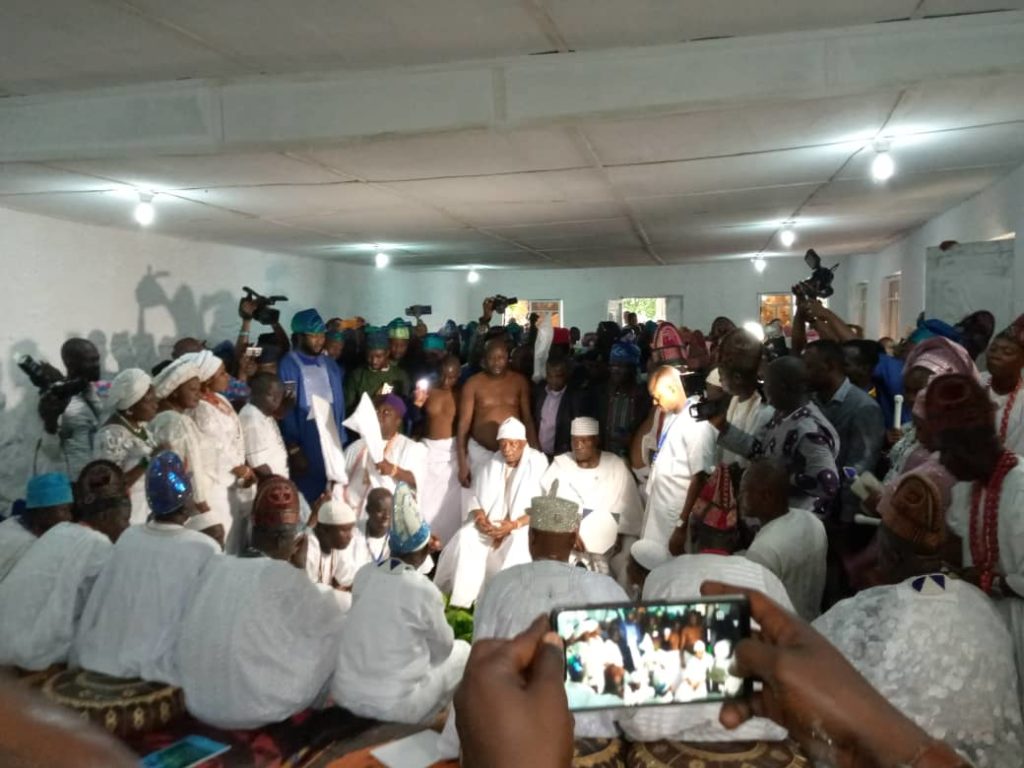 The Ooni of Ife, Oba Adeyeye Enitan Ogunwusi conferred the prestigious title of Odole Oodua on Adebutu in his palace.

Odole Oodua according to Oba Ogunwusi is an office that works closely with the Ooni to rally descendants of Oduduwa all over the world.

The Odole of Oodua, which was once occupied by late Chief Obafemi Awolowo and Chief G.O.K Ajayi, is a highly revered chieftaincy title in Yoruba land pioneered by the great Oranmiyan while he was a Prince of Ife.

Oranmiyan served as a rallying and stabilizing force among the powerful empires within the expansive Oduduwa territory before becoming the Ooni in Ife.

This would be the first of such conferment by Oba Ogunwusi since his ascension of the throne as the 51st Ooni in the third dynasty of Ife about four years ago.

As part of the coronation activities, the new Odole Oodua had earlier proceeded to Oranmiyan shrine known as Igbo Eede and “Ile Ase” , House of Authority for traditional rites during which he was blessed by palace priests.

Ahead of his coronation, the new Odole Oodua had promised to use his new office to reunite yorubas across the world.