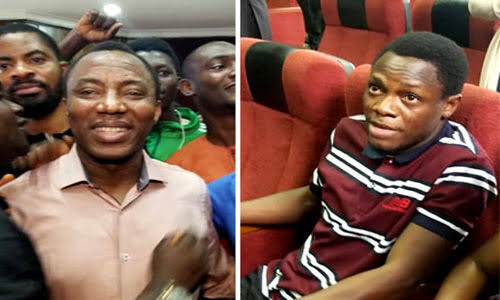 Sowore, who was arraigned on a four-count charge ranging from treasonable felony to money laundering among others, was given bail condition of paying N150 million and had his movement restricted to Abuja.

Ever since his bail approval, he has being unable to meet the condition of his bail.

Recall that Femi Falana who is representing Sowore, had described the conditions attached to his bail as “stringent”.

At the commencement of the hearing on Monday, his counsel, Mr Femi Falana, informed the court of the motion seeking a variation of the bail conditions.

He noted that the motion is being supported by a four-paragraph affidavit, a written address and an exhibit which is the ruling of the court granting bail.

He further stated that the application is to pray the court to vary the conditions for the bail of his client with respect to a condition which requires one of the sureties to deposit 50 million.

He referred the court to the case of Colonel Dasuki where the court imposed the same conditions and the appeal court ruled that the condition was excessive.

While the case was adjourned until November 6 and 7.