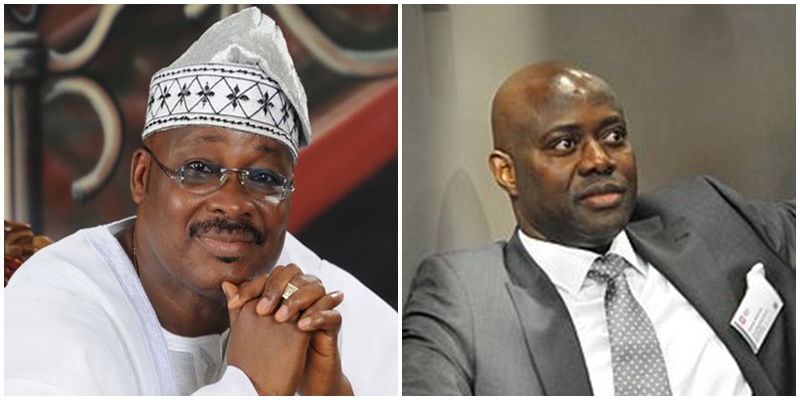 Oyo State Governor, Mr. Seyi Makinde, on Monday accused his predecessor, Senator Abiola Ajimobi over the inauguration of uncompleted facilities at the Abiola Ajimobi Maternal and Paediatric Centre, located at the Olodo axis of Ibadan,

Makinde disclosed that Ajimobi only did “ceremonial” inauguration of the Abiola Ajimobi Maternal and Paediatric Centre, located at the Olodo axis of Ibadan, the state capital.

Makinde, who lamented the movement of the facilities originally purchased for the Maternal and Paediatric Centre, Jericho, to the Olodo centre just for “ceremonial purposes,” said his predecessor left the Jericho centre, which was at 80 percent completion at the time, empty.

He said such an action amounted to a waste of resources.

Governor Makinde, who spoke after an on-the-spot assessment and inspection of the Jericho facility, however, assured that his administration would fix and complete the project by end of the year.

According to Makinde, the decision by the Ajimobi administration to move the multi-million naira worth facilities meant for the Jericho centre away has left the health centre almost dilapidated and unable to offer the needed value to the people of the state.

He added that when completed, the new facility would host the staff of Jericho Specialist Hospital, adding that the relocation of the staff of the hospital to a new centre was informed by inadequate space at their current site.

The governor said: “The situation is almost like wasting the resources of the state. We have put in a lot of resources, but we have not been able to derive any value for the citizens. This place is at 80 percent completion, but is already falling apart. It has to be occupied.

In a swift reaction, Ajimobi’s media aide, Mr. Bolaji Tunji said Governor Makinde’s claim was based on hearsay, which he said had become a recurrent feature of the current administration in the state.

He said: “It is rather unfortunate that the governor said the equipment from Jericho was taken to Olodo. One then wonders where His Excellency got this information. Probably, hearsay again, which has been the hallmark of the administration since it assumed office.

“In any case Olodo is part of Oyo State. Is the governor saying the people there are less citizens of Oyo State and are undeserving of good health care and facilities?”

Ajimobi’s aide added: “Our health plan was so robust that other states sent representatives to understudy this. In any case, the Ajimobi administration has laid a great foundation that we expect the Seyi Makinde administration to build upon.

“It gladdens the heart that the governor acknowledged the fact that the project was 80 percent completed. No one administration can complete all projects; governance is a continuum. We expect Governor Makinde to complete what we could not complete as the Ajimobi administration completed projects it met on ground on assumption of office.”