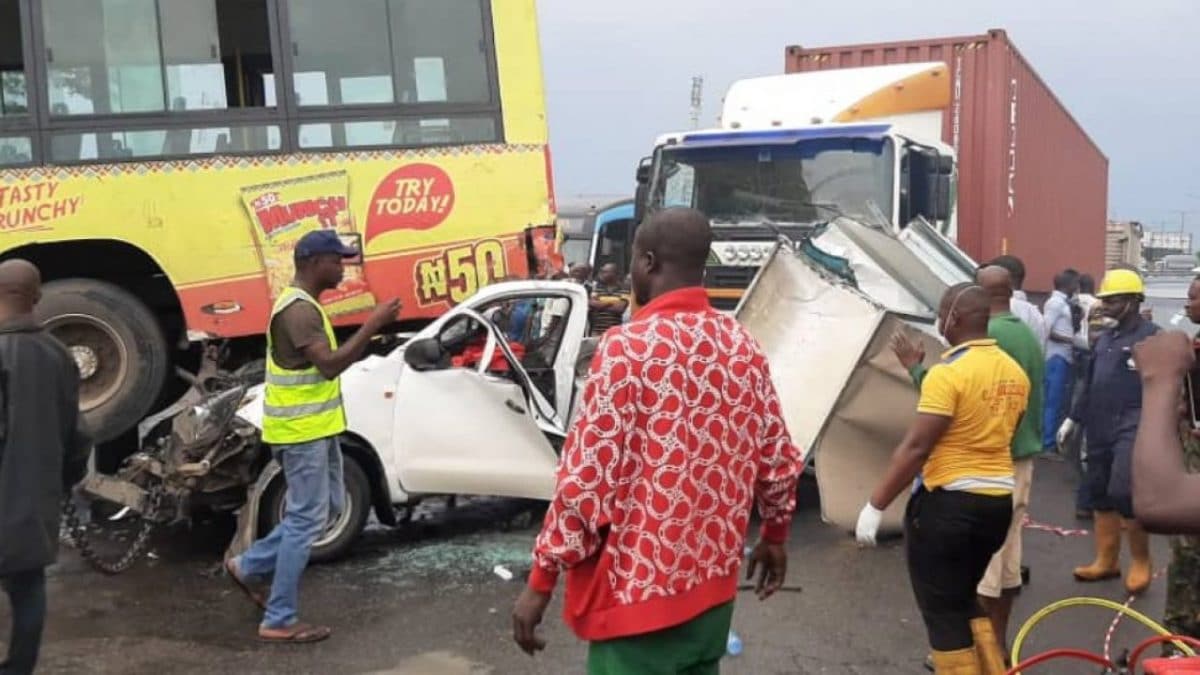 The incident which involved a containerized truck and several cars was said to have occurred on Wednesday morning.

Confirming the incident via Twitter, LATSMA said, “This accident involves a containerized truck, a pickup and a high capacity bus as well as several cars.

“Casualties still trapped in the pickup.

“The road is totally blocked for now. Emergency agencies are on ground.

“The accident involved up to ten vehicles.

“Motorists are advised to use CMD road from Secretariat towards Otedola for now as we await more updates on this situation.”