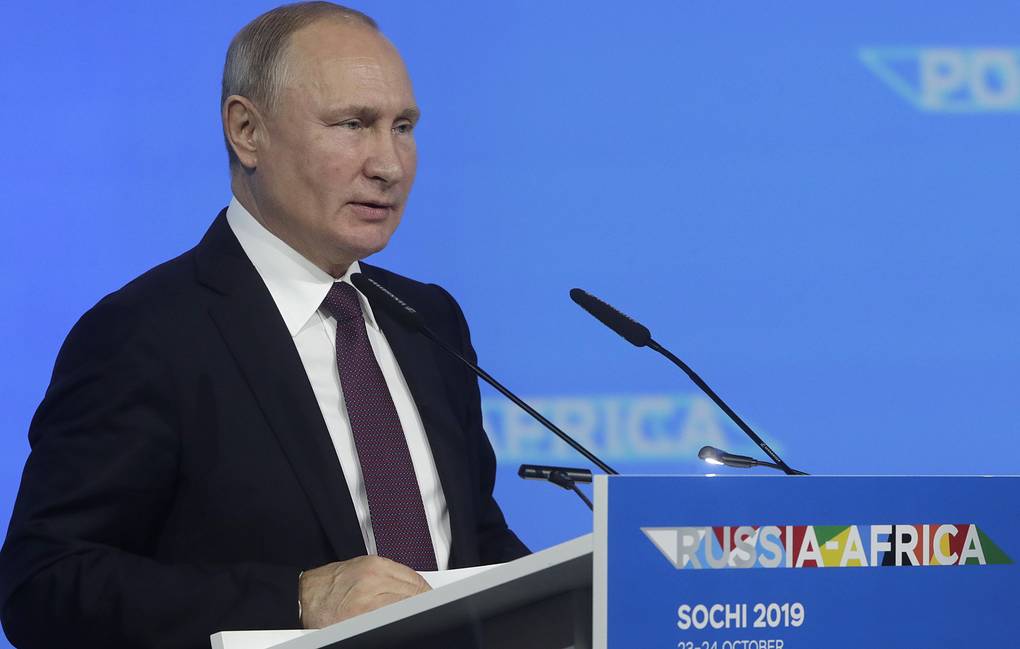 Russian President, Vladimir Putin, has said the current level of trade between his country and Africa is not enough, expressing hope that the trade level will be doubled over five years.

Putin said this on Wednesday at the opening of a Russia-Africa summit aimed at reviving Moscow’s ties with the continent.

Speaking to African leaders at the Black Sea resort of Sochi, the Russian leader noted that his country exports to “Africa $25 billion worth of food — which is more than we export in arms, at $15 billion. In the next four to five years I think we should be able to double this trade, at least.”

He said “In Africa, there are very many potential partners with good prospects,” adding that “African countries are attracting ever more attention from Russian .”

President Muhammadu Buhari is also among the African leaders that are in the Russian summit in Sochi.