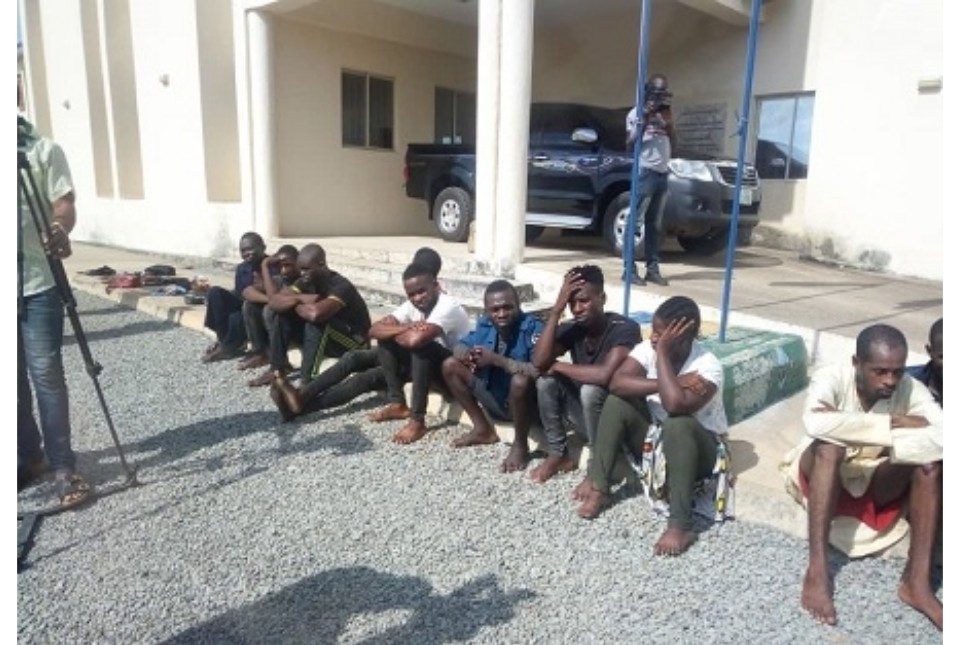 Nasarawa State Police Command has arrested 46 suspected criminals, including a pastor allegedly involved in armed robbery and kidnap offences in the state.

The State Police Commissioner, Bola Longe, while parading the suspects before newsmen in Lafia, said the suspects were arrested in different flashpoints across the state, through the diligent effort of Operation Puff-Adder.

According to him, the command’s breakthrough came as a result of credible information available through technical intelligence, coupled with consistent, diligent and real-time monitoring the suspects.

“The police command swung into action and via technical intelligence, arrested one pastor Yarren Bala Mkparushama ‘M’, 41 years in connection to the crime.

“The victim was eventually released on 10 October after a sum of two hundred thousands naira (N200, 000,00) was paid to the kidnapping syndicate by the victim’s husband, the case under invitation,” he said

CP Longe urged member of the public to continue assisting the command with vital information in order to make the state crime-free.