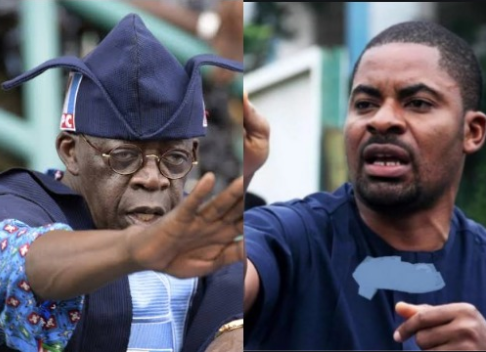 Human rights activist, Deji Adeyanju has submitted a petition to the Economic and Financial Crimes Commission (EFCC) on Friday, October 25th to investigate the source of money conveyed in bullion vans to the home of the All Progressive Congress (APC) National Leader Bola Tinubu on the eve of the 2019 presidential election.

A copy of the petition shared by Adeyanju on Twitter has the stamp of the EFCC that it has received the petition requesting it to investigate the former Lagos State governor.

“To the best of our knowledge, Mr Bola Ahmed Tinubu is a private citizen who ordinarily should not be seen with a convoy of Bullion Vans,” Adeyanju said after submitting the petition.

“The commission would recall that it was reported all over the news that Bullion Vans allegedly Contammg an undisclosed amount of cash were Seen entering the home of Bola Ahmed Tinubu, former governor of Lagos State on the eve of Nigeria presidential elections. Tinubu himself admitted to this fact While responding to questioning by journalists.”

Adeyanju wants the anti-graft agency to answer these questions: