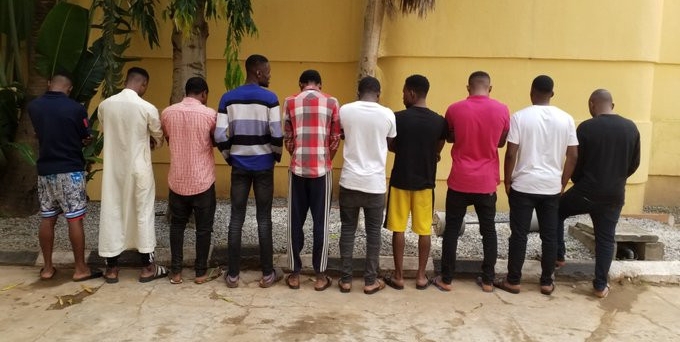 Ten people have been arrested by officials of the Economic and Financial Crimes Commission (EFCC), Ilorin Zonal Office over internet fraud and other fraud-related offences.

The suspects were arrested over alleged involvement in internet fraud and other fraud-related offences owing to intelligence reports garned by the anti-graft agency.

They would be charged to court at the end of their investigation for their involvement in internet fraud. READ  FBI Confirms The Extradition Of Hushpuppi and Woodberry To The USA To Face Fraud Charges
Share this Post[?]