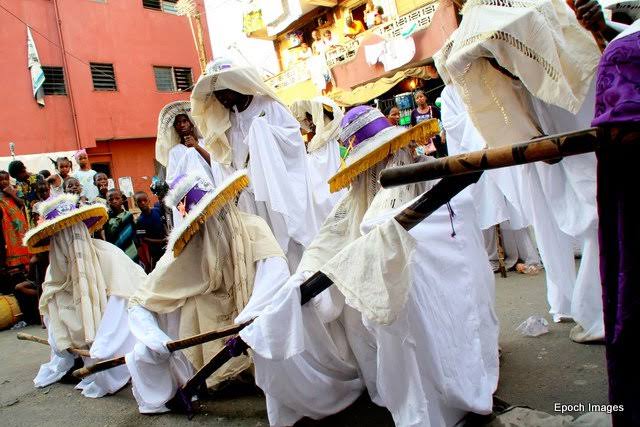 The Chairman, House Committee on Lands, Representing Ikeja II Constituency at the Lagos State House of Assembly, Hon. Adedamola Kasunmu, has recently revealed the plans of the Lagos state house to pass a bill, recognising a special holiday for the recognition of traditional worshippers in the state.

He recently made this known to THISDAY at the 19th National Conference of the Council of Knights, Methodist Church Nigeria, recently held in Lagos state.

According to Kasunmu, “looking at the religious sector, the promotion of developmental projects is no doubt key and essential in making sure that we encourage spiritual growth in the life of people in general.

“And I want to believe that, at the Lagos State House of Assembly, we are a respecter of faith and the spiritual lives of the people, be it Christian or Muslim or the traditional worshipper.

“As a point of note, last Friday, at a plenary section which was our Yoruba speaking day, we spoke about giving the traditional aspect of religion a voice.

“Not forgetting where we come from, our cultural heritage, promoting the customs and tradition of our citizens, identifying that the importance of spiritualism and religion is a point of note that should be taken into proper consideration.
“The idea of that plenary was to make sure we separate a particular day for the traditional worshipers to celebrate themselves.

READ  LOCKDOWN! I Am Ready To Sleep With Anyone Who Can Give Me N500 – Old Woman (Videos & Details)

“This shows that there is a common cohesion and collaboration that exist in terms of all sector necessary to keep Lagos state working.

Especially at a time when Lagos state government is poised in making sure that we continue to be a 21st century state, a pace setter, a centre of excellence who is a promoter of public interest in terms of economic growth and development.

“We are pace setters for other states to follow, and we would stop at nothing at the Lagos state house of assembly to continue to live and rise above every common standard.”

On the traffic situation and infrastructural developments in Lagos state, he said the house was working assiduously to make sure that the issues are tackled.

According to him, “all concerns raised by Lagos residents are pertinent enough, and of course, everything necessary to put the road networks back in appreciate conditions would be done to the later.