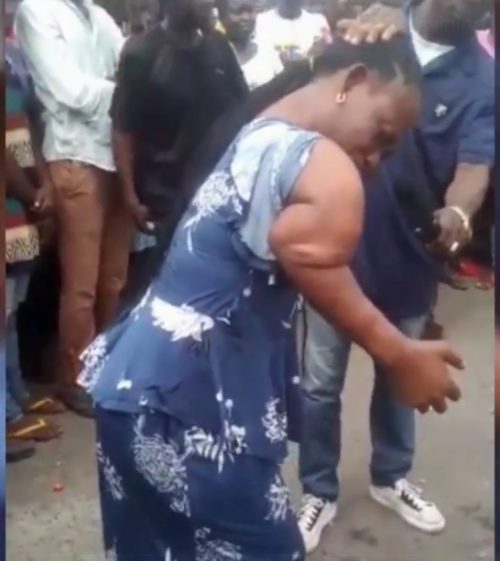 Bose Ola, the woman doing church rounds to receive healing for her arm

The woman whose video went viral for receiving healing in five churches for a ‘fractured arm’ has spoken, wondering why her story created much fuss in Nigeria’s social media.

Identified as Mrs. Bose Ola, from Ibarapa, Oyo state, she said she had been in ‘uncountable’ churches to receive healing for her fractured arm, after a domestic accident two years ago.

She said she keeps doing church rounds because her healing ‘relapses’ every two days, until her attendance of Pastor Chris Okafor’s Liberation Ministry a few days ago, where it seemed she has now been permanently healed. Bose Ola: after she was supposedly cured by Pastor Okafor The journalist was skeptical of about her claim as he noticed her lower arm was still dangling from the upper arm.

Was she bribed to attend the churches, she said no.

However, don’t expect Bose to appear in another church so soon, as she was emphatic she has now been healed.