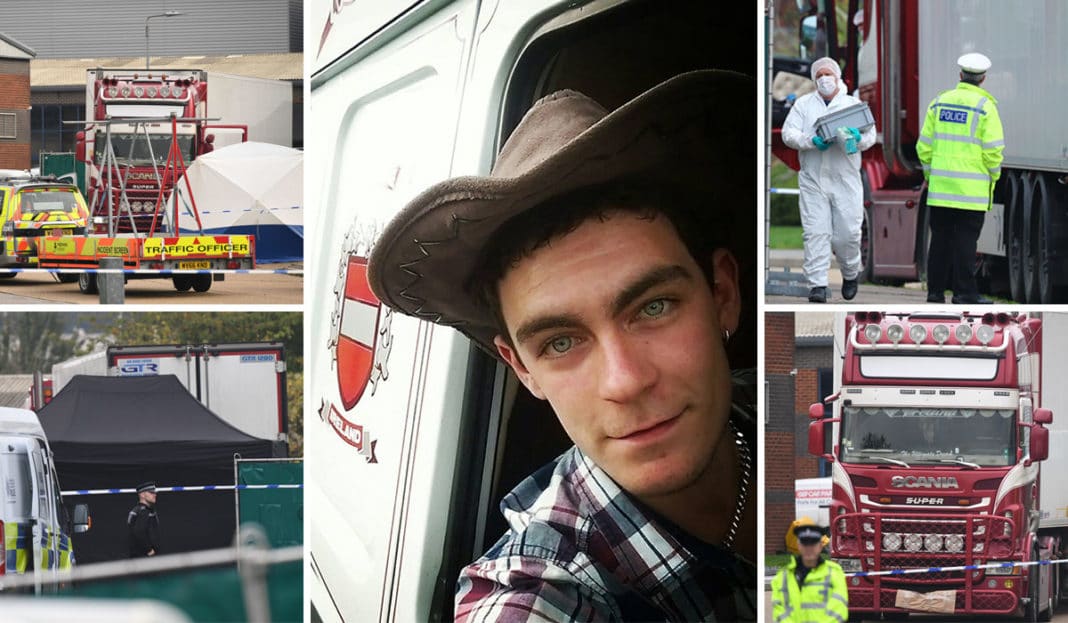 Mo Robinson has also been charged with conspiracy to traffic people, according to Essex Police.

He will appear at Chelmsford Magistrates’ Court on Monday.

The 25-year-old was arrested shortly after the bodies were discovered early on Wednesday morning in a refrigeration container on an industrial estate in the Essex town of Grays.

The container had been shipped over to the UK from Belgium late on Tuesday.

Four other people have been arrested as part of what is one of the biggest investigations of its kind in UK history.

Belgium, police are hunting the driver who delivered the trailer to Zeebrugge, the port it left before arriving in the UK.

Essex Police, who initially believed the victims were Chinese nationals, are continuing to identify the victims, at least six of whom are thought to be Vietnamese.

Investigating officers will be examining post-mortem evidence and seeing whether distinguishing features such as teeth, tattoos, marks or scars could help with the identification process.

While emphasising that he could not confirm the nationality of any victim, Mr Pasmore said information had been flowing into the casualty bureau at Essex Police from the Vietnamese community in the UK and abroad.

He explained that while fingerprint data could be gathered from Vietnam, accessing information from the UK Vietnamese community was a more “complex scenario”.

Mr Pasmore said: “It may well be that there are people watching this tonight that are thinking ‘I’m here in the UK and I’m here illegally and I want to come forward, I want to obviously try and identify my loved ones and be reunited’, but they are frightened to come forward.”

He added: “If you come in to us we will do everything we can to put our arm around you, take you through this process, identify as quickly as possible to see whether or not we do indeed have one of your loved ones involved in this tragic incident.”

In a statement Essex Police said: “We have over 500 exhibits, including mobile phones which have to be downloaded and the interrogation of mobile phones will be important for identifying the victims but also assisting the wider investigation – this needs to be done in forensic way so it will pass the evidential process for court later.”