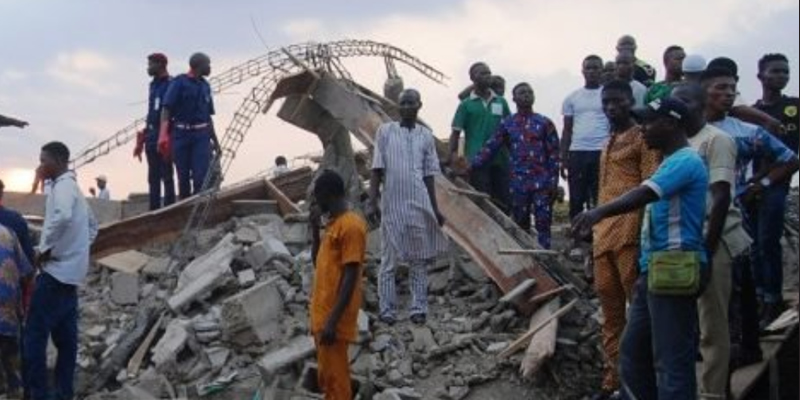 The Plateau Police Command on Sunday confirmed the collapse of a two-storey building at Butcher Street, Terminus Market in Jos North Local Government Area of the state.

Sunday’s disaster is coming three months after the collapse of a three-storey building at the same area in which four persons were trapped and later died.

Terna Tyopev, the Police Public Relations Officer (PPRO) of the command, told the News Agency of Nigeria (NAN) in Jos that the incident occurred Sunday afternoon.

Mr Tyopev, however, said no life was lost in the incident nor any casualty recorded.

He said officers and men of the command had condoned off the affected area and investigations into the cause of disaster had commenced.

He said the action became necessary in order to also prevent hoodlums from taking advantage of the situation to loot.