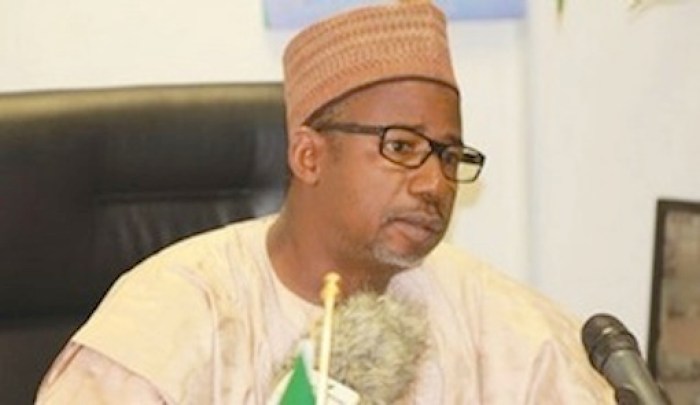 Bauchi State Governor, Senator Bala Mohammed, has revealed that despite non-recruitment into the state civil service during the four-year tenure of his predecessor, Abubakar Mohammed, over 41, 000 ghost workers have now been uncovered in the state’s payroll.

This was as the governor declared that the state was not broke but has the resources to meet its obligations to workers and still carry out other essential services.

“Everybody gets alert on 25, 26 or 27 of the month; pensioners are receiving their alerts at the same time”, he stated. Speaking during an interactive session with the Press Corps of the Federal Capital Territory FCT Administration who were in Bauchi for a journalism clinic, the governor said the civil servants affected do not have Bank Verification Numbers BVN but were receiving salaries during the tenure of his predecessor.

According to him, government has since stopped paying the affected workers pending when the anomalies are resolved while those who have sorted out their BVNs issues have been put back on the payroll and warned banks against connivance with those seeking fresh BVNs, adding that money for their salaries have been warehoused and would be paid as soon as they proved the government otherwise.

He decried the prevalence of ghost workers in Bauchi state under the last administration which had over bloated the wage bill of the state, leading to arrears of salaries, pensions and gratuities of civil servants as well as retirees.

The former Minister of the Federal Capital Territory FCT also disclosed that Bauchi is the most indebted state with over N100 billion debt borrowed by the former but with no tangible project to show for it.

According to him, “the last administration obtained a loan of about N40 billion for payment of workers but arrears and gratuities were not paid and the money developed wings. There are over 41, 000 workers without BVN. We have a lot of ghosts in the system.

We have been able to give the counterpart funding and we have accessed close to N10 billion both for tertiary and secondary education.

READ  After 45 Years, Bill Gates Steps Down From Microsoft Board To Focus On Philanthropy

He, however, expressed delight that Bauchi would soon join the league of oil-producing States, pointing out that the state also has a lot of solid minerals and all that is needed is human capital, resources, investors as well as an alternative stream of finances to take Bauchi to the next level. Speaking on the state of affairs in the FCT, ever since he left as Minister five years ago, Mohammed said, “I am happy with the calibre and the capacity of the person in charge.

The gentleman is the transparent public servant I have ever seen. Irrespective of what anybody will say, I raise my hand for him for giving definite dynamism and continuity in the system.

He continued with everything, the Airport road, the outer expressway to Kubwa, all the procurements had been done and the flag off but he continued and finished them. That is how it should be done.

For this very laudable spirit and with this kind of thing, he will write his name in the annals of history as one of the best statesmen that will superintend over the FCT.”