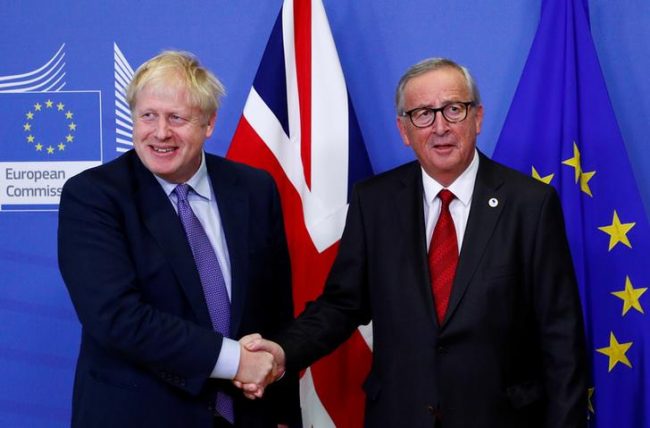 European Commission President Jean-Claude Juncker and Britain’s Prime Minister Boris Johnson shake hands during a news conference after agreeing on the Brexit deal, at the sidelines of the European Union leaders summit, in Brussels, Belgium October 17, 2019.

The European Union has granted Britain’s request to extend its exit from the union until 31 January 2020.

Donald Tusk, president of the EU Council announced today in a tweet.

Donald Tusk@eucopresident
The EU27 has agreed that it will accept the UK’s request for a #Brexit flextension until 31 January 2020. The decision is expected to be formalised through a written procedure.

Brexit was initially scheduled for 31 October, with Johnson making the deadline a do-or-die matter. But the House of Commons voted to ask for a delay.