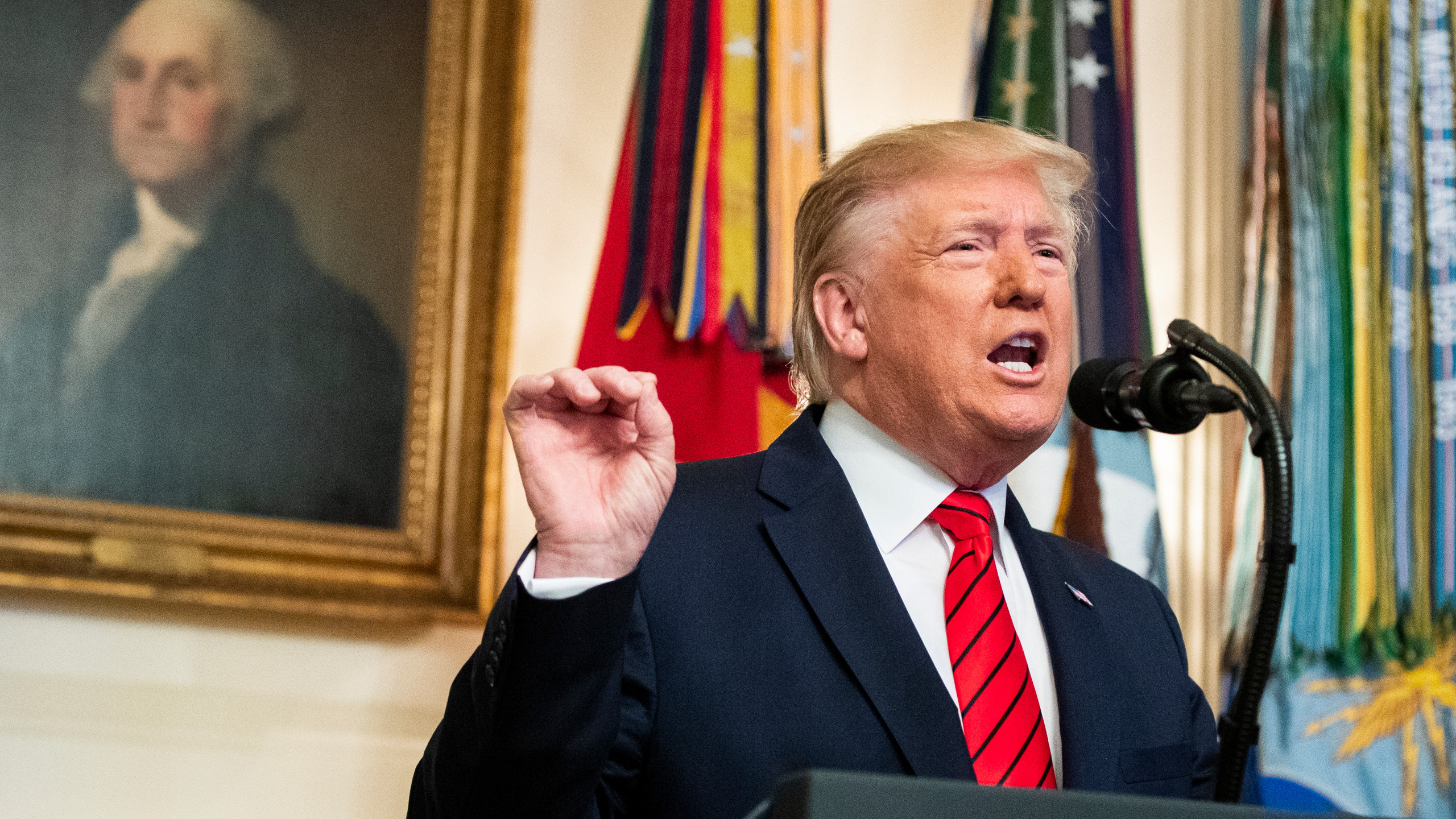 The United States is promising there will be no let-up in its pursuit of the Islamic State terror group despite the death of self-declared caliph Abu Bakr al-Baghdadi, in what is being described as a “daring and dangerous” nighttime raid in northern Syria.

Baghdadi, who took over the group formerly known as al-Qaida In Iraq in 2010 and turned into a global threat, died “whimpering and crying” in a dead-end tunnel, according to U.S. President Donald Trump.

“Baghdadi’s demise demonstrates America’s relentless pursuit of terrorist leaders and our commitment to the enduring defeat of ISIS and other terrorist organisations,” the U.S. president said from the White House Sunday, using an acronym for the terror group.

“We know the successors,” he added. “And we already have them in our sights.”

Efforts to track them down may get an additional boost from the raid on the compound in Barisha, in Syria’s Idlib province, which led to the capture of a small group of IS officials and fighters.

Trump said U.S. forces also recovered, “highly sensitive material and information… much having to do with ISIS, origins, future plans, things that we very much want.”

Already, those efforts may be paying off. The commander of the U.S.-backed Syrian Democratic Forces, General Mazloum Abdi, tweeted Sunday that IS spokesman, Abu Hassan al-Muhajir, was targeted and killed in a subsequent joint SDF-U.S. operation near the northern Syrian town of Jarablus, though U.S. officials have yet to comment.

But military and intelligence officials admit tracking down and eliminating key IS emirs and operatives, while serving to degrade the terror group’s capabilities, has not been sufficient to lead to its ultimate demise.

At one point, in late 2015, as the U.S.-led coalition tried to roll back the terror group’s caliphate, officials said airstrikes were killing, on average, one mid-level or senior-level IS leader every two days.

Yet IS carried on, and even as it’s caliphate collapsed, with the last bit territory falling to coalition forces this past March, the terror group’s leadership was proving to be nimble and adaptive, focusing their efforts on a potent and growing insurgency.

“ISIS is working to advance an insurgency in Syria and Iraq comprised of dispersed networks spanning the battlespace,” a U.S. counterterrorism official recently told VOA.

“The group is using these networks to undermine local governance and reconstruction efforts by stoking violence and mistrust among ethno-sectarian lines,” the official added.

Other current and former officials warn such resiliency has been built into the IS’ operating model from the start.

“It’s a big deal, simply because of the symbolic importance of Baghdadi,” former U.S. Director of National Intelligence, James Clapper, told VOA, of the U.S. operation that killed the IS leader.

Baghdadi’s death not enough to stop IS

But he said Baghdadi’s death alone would not be enough.

“ISIS has been more de-centralised and has groomed leaders for just this eventuality,” Clapper said.

Terrorism analysts also point to a growing body of evidence that suggest even in groups which are less prepared to cope with the loss of an influential leader, strikes like the one that killed Baghdadi are rarely death blows.

“The death of a jihadist leader is always a dangerous moment for the group as it can lead to internal struggles,” said Michael Horowitz, head of intelligence for Le Beck, a Middle East-based security and geopolitical consultancy.

“In general, however, jihadist groups do tend to survive such strikes,” he said, pointing to IS’ main rival, al-Qaida, as an example. “[Osama] bin Laden was replaced by his former number two, [Ayman] al-Zawahiri, a much less charismatic leader, but one that still heads a powerful and global terror franchise.”

Recent intelligence from the U.S. and other countries indicates IS, even without Baghdadi, is well-positioned to survive and even thrive.

Despite no longer controlling territory in Syria and Iraq, the terror group still had an estimated 10,000 to 15,000 thousand fighters across Syria and Iraq. Officials also believe it still has plenty of cash, perhaps up to $300 million at its disposal.

And U.S. officials note IS retains many of its former capabilities, moving them underground as it ceded territorial control to U.S.-backed forces.

“The group has tens of thousands of seasoned fighters and hundreds of leaders who have survived decades of war,” said Bill Roggio, a senior fellow at the Washington-based Foundation for the Defense of Democracies. “The Islamic State is more than its emir.”

U.S. officials have likewise warned that IS has built itself in such a way that developments which they thought would undoubtedly lead to its demise – like the loss of almost all of its physical caliphate – have had less impact than anticipated.

“The so-called ISIS caliphate has been destroyed, but the ISIS brand lives on around the world,” State Department Counterterrorism coordinator Nathan Sales warned this past August.

Still, IS is likely to face some significant challenges, especially in the short term, knowing that the U.S. may have gained access to crucial information during the raid on Bashira.

“The first thing they’re going to do will probably be to activate security protocols to try to get their manpower and their resources to a position of safety with the expectation that the U.S. is going to hit the [IS] network hard,” said Daveed Gartenstein-Ross, a counterterrorism analyst and CEO of Valens Global.

There is also a question of securing the allegiance of IS’ various affiliates, especially those in Afghanistan, Egypt’s Sinai, Libya and Nigeria.

“The standard bayat [pledge of allegiance] is not to an organisation,” said Gartenstein-Ross “Bayat is on an individual to individual level.”

And exactly who that new leader will ultimately be is not clear.

“If you asked me this question a few years ago, I would have said that ISIS was always expecting that Baghdadi would eventually be killed and that the process of succession was already set in place,” said Amarnath Amarasingam, a terrorism researcher and assistant professor at Queen’s University in Ontario Canada, who has interviewed active members of the movement.

“But now, after Baghuz, all of this is up in the air,” he said. “Whatever structures they had in place for succession are probably no more.”

There are also questions about how Baghdadi’s death will impact the morale of IS fighters and supporters. While analysts say most will view him as a martyr, ignoring President Trump’s descriptions of the IS leader dying “like a dog” and “like a coward,” his continued ability to defy the U.S. and send out occasional messages may be felt.

“It seems his reappearance earlier this year was a real morale booster for supporters,” said Raphael Gluck, co-founder of Jihadoscope, a company that monitors online activity by Islamist extremists.

“Clearly he, or those around him, thinks it’s good for ISIS and worth the risks,” Gluck said at the time. (VOA)