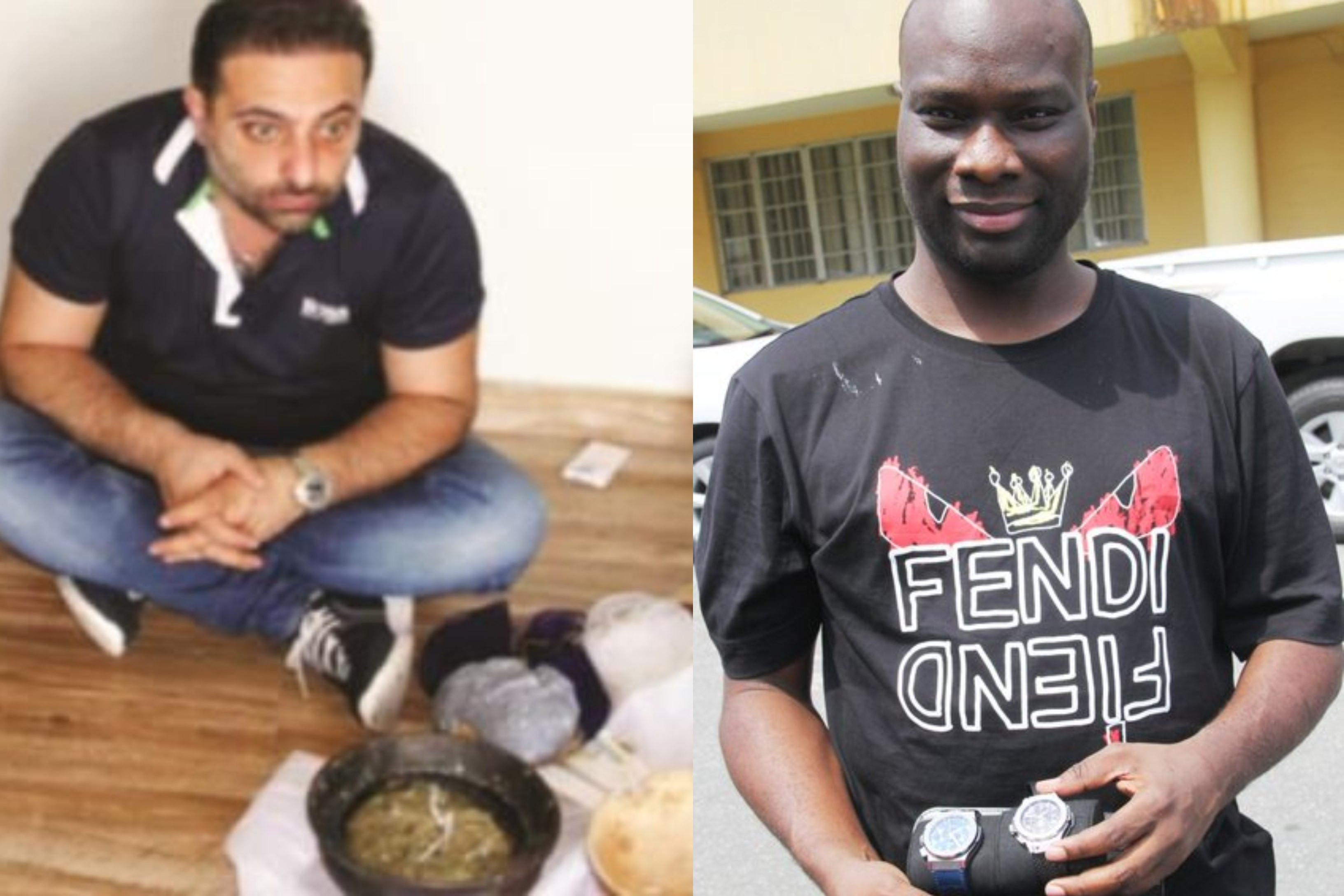 Operatives of the Economic and Financial Crimes Commission (EFCC), have arrested a Lebanese Hamza Koudeih and two other suspected accomplices of social media celebrity, Ismaila Mustapha (a.k.a. Mompha).

The Nation reports that Koudeih was arrested at the weekend after a three-hour stand-off at his N1.8 billion luxury apartment in the 33-storey Eko Atlantic Pearl Tower, Victoria Island, Lagos.

Koudeih’s arrest followed an intelligence uncovered after Mompha’s arrest last Tuesday, which suggests that both suspects including others in the EFCC custody are part of a suspected ring of cyber criminals suspected to have laundered N33 billion through three firms.

The suspected cyber fraudster was picked up for alleged involvement in internet-related fraud and money laundering.

The suspect who claims to be a bureau de change operator, was arrested by the anti-graft agency on the orders of the International Police.

However, the anti-graft agency’s operatives told The Nation that Koudeih initially resisted arrest as Koudeih and his wife refused to open the door, neither did the couple respond to appeals from the building’s chief security officer.

But the operatives, who had been monitoring the premises and had it surrounded, knew the Lebanese was inside. His cars were parked in the garage downstairs.

The apartment was fortified with triple reinforced fire-proof door and closed-Circuit Television (CCTV) cameras and they could not gain entrance.

It was gathered that the EFCC investigators battled for three hours to break down the door using breaching tools.

When they gained access, they met his wife who claimed Koudeih had escaped through the window.

But Koudeih’s apartment is on one of the topmost floors of Eko Atlantic Pearl Tower, said to be the tallest apartment building in Nigeria.

“Our officials knew that he was still inside and they were even hoping to persuade him not to jump out through the window because it would be suicide,” EFCC Lagos Zonal Head, Mr. Mohammed Rabo, who confirmed the arrest, told The Nation.

But they did not find Koudeih in any of the rooms until they observed that a part of the ceiling in his bedroom had been artificially sealed.

EFCC operatives then pushed it open and found Koudeih hiding in the ceiling.

Further search of his bedroom revealed a fire-proof safe containing different charms and talismans in calabashes.

According to the EFCC, the Lebanese admitted they were his “prayer objects”. Two luxury cars were also recovered from him.

Rabo said the commission was investigating Koudeih and his wife’s immigration status and the result was being expected.

He said it had been confirmed that they had Lebanese ancestry but it was not known if they had any other nationality.

The nationality of the two other suspects, he explained, was not yet known.

Rabo stated that local and international law enforcement agencies had indicated interest to collaborate in the investigation.

He said the operation that led to Koudeih’s arrest was “an offshoot of the collaboration between the EFCC and the United States’ Federal Bureau of Investigation (FBI),” but that Koudeih was arrested based on “purely EFCC intelligence”.

It was also learnt that the EFCC discovered 51 Nigerian bank accounts opened by Mompha for money laundering.

The commission also revealed that the five wristwatches recovered from Mompha at his arrest on Tuesday are worth over N60 million, rather than the N20 million earlier thought.

According to the EFCC, Mompha, “a premium and first-class customer of one of the popular international airlines, was arrested on Friday 18, October 2019 at the Nnamdi Azikiwe International Airport, Abuja, on his way to Dubai Emirate following [a] series of intelligence reports received by the Commission.”