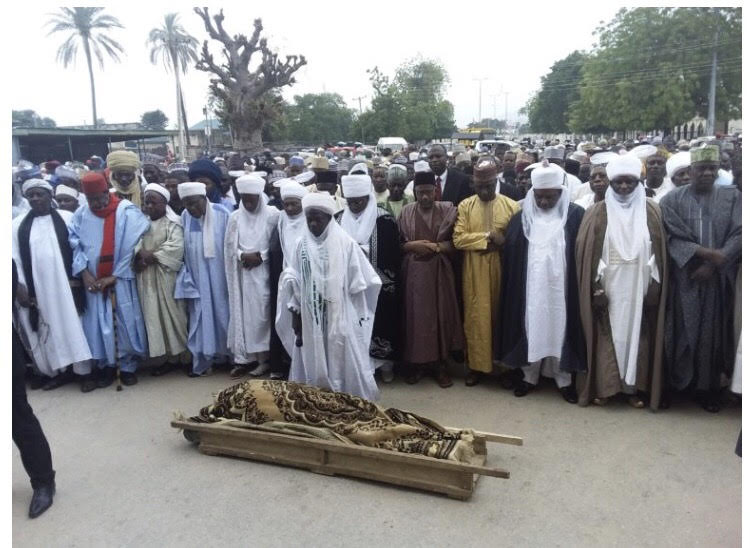 The remains of Hajiya Jummai Abubakar, wife to Nigeria’s first prime minister, Sir Abubakar Tafawa Balewa, have been buried on Monday at the Bauchi Central Cemetery in Bauchi State.

She left behind eight children and many grandchildren.

The News Agency of Nigeria (NAN) reports that the funeral prayers, presided by the Chief Imam of Bauchi Central Mosque, Mallam Bala Baba-Inna, took place at exactly 2.15 p.m at the Palace of the Emir of Bauchi with Gov. Bala Mohammed of Bauchi State and other dignitaries in attendance.

While leading other dignitaries on condolence, Senator Bala Mohammed used the medium to recall the active participation and contributions of the late Prime Minister to the Nigeria project in addition to his tremendous contributions and sacrifices made to keep Nigeria as one indivisible and united country.

Governor Bala Mohammed on behalf of the government and people of Bauchi State commiserated with the families of the late Prime Minister and described her death as a great loss not only to her immediate family members but to the people of the state and Nigeria in general.

The governor prayed that Allah will forgive her shortcomings, bless what she left behind, grant her Aljanna Firdausi and give her family, the people of Bauchi State and the entire nation the fortitude to bear the loss.