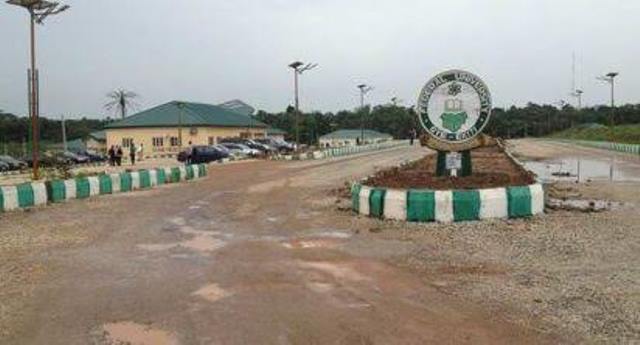 A human rights lawyer, Morakinyo Ogele, has filed a fundamental human right enforcement suit before Ado-Ekiti High Court over alleged shooting of two students of the Federal University, Oye Ekiti (FUOYE) by some policemen during a protest.

The students had on September 10 staged a violent protest in Oye-Ekiti over epileptic power supply in the host community and other adjoining towns, leading to attack on Erelu Fayemi’s convoy while on empowerment tour to the town.

The policemen attached to Governor Fayemi’s wife engaged the protesting students in a ‘mortal combat’, which resulted into the alleged killing of two students Kehinde Dada, a 100 level student of the Department Agriculture and Horticulture and Okonofua Joseph , a 300- level Biology Education student.

The application was brought pursuant to Order 11 Rule 1 of the fundamental Rights (Enforcement Procedure Rules) 2009.

Joined in the suit are: The Nigeria Police Force(1st respondent), the Inspector General of Police, Mr. Muhammad Adamu (2nd), and the Police Commissioner, Ekiti Command(3rd).

In a suit number HAD/A09RFRM/2019 filed at the Ado Ekiti High court on October 30, 2019 , the applicant urged the court to determine whether it was lawful for officers of the respondents to allegedly kill the students in such a brutal manner.

He urged the court to also determine “whether it is lawful for the court to award damages against the respondents under the circumstance”.

In an eight-paragraph written address attached to the application, the applicant described the shooting “as an abridgement of the rights of the deceased as enshrined in section 33 of the 1999 constitution and that such action amounted to extra judicial killing”.

Ogele sought a declaration that the killing was a breach of the constitution and also demanded for an order directing the respondents to conduct a serious investigation within the Ekiti State Police Command and identify the officers responsible for the killings.

“The families of the students must be compensated, because they were only exercise their constitutional rights of protest when they were murdered by the men of the respondents.”