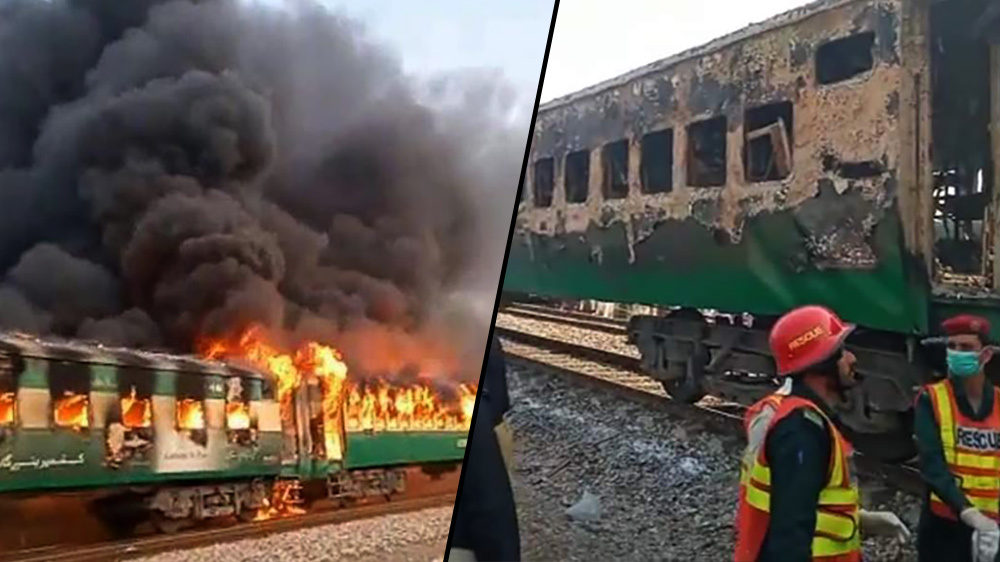 A fire swept through a Pakistani train on Thursday, killing at least 65 people and injuring nearly 40 after a gas canister that passengers were using to cook breakfast exploded, government officials said.

The train was on its way from the southern city of Karachi to Lahore in the east when a fuel cylinder used by passengers to cook breakfast exploded, Railways Minister Shaikh Rashid Ahmed said.

Many of the dead were killed when they leaped from the moving train to escape the flames, he said.

People sneaking stoves onto trains to prepare meals on long journeys is a common problem, the minister said.

But several survivors questioned whether the fire was sparked by a cooking accident, telling media they believed the cause was a short-circuit in the train’s electrical system.