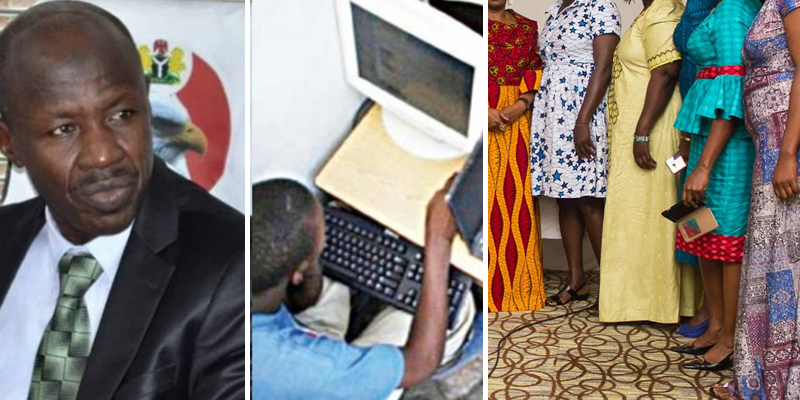 Following the repeated raids of the anti-graft agency in recent time, the mothers of suspected internet fraudsters have now gathered to form an association as revealed by the acting Chairman of the Economic and Financial Crimes Commission (EFCC), Ibrahim Magu.

This disclosure was made by the Acting Chairman of the commission at EFCC stakeholders conference on Crusade against cybercrime fraudsters in Lagos.

According to Ibrahim Magu, such mothers always justify the activities of their children by stating that they are fending for their families abandoned by deadbeat and irresponsible fathers.

He further stressed that EFCC will work towards rehabilitating arrested young suspects and further disclosed that the Lagos Office of the agency has made 300 cybercrime-related arrests since January and have also secured 200 convictions.