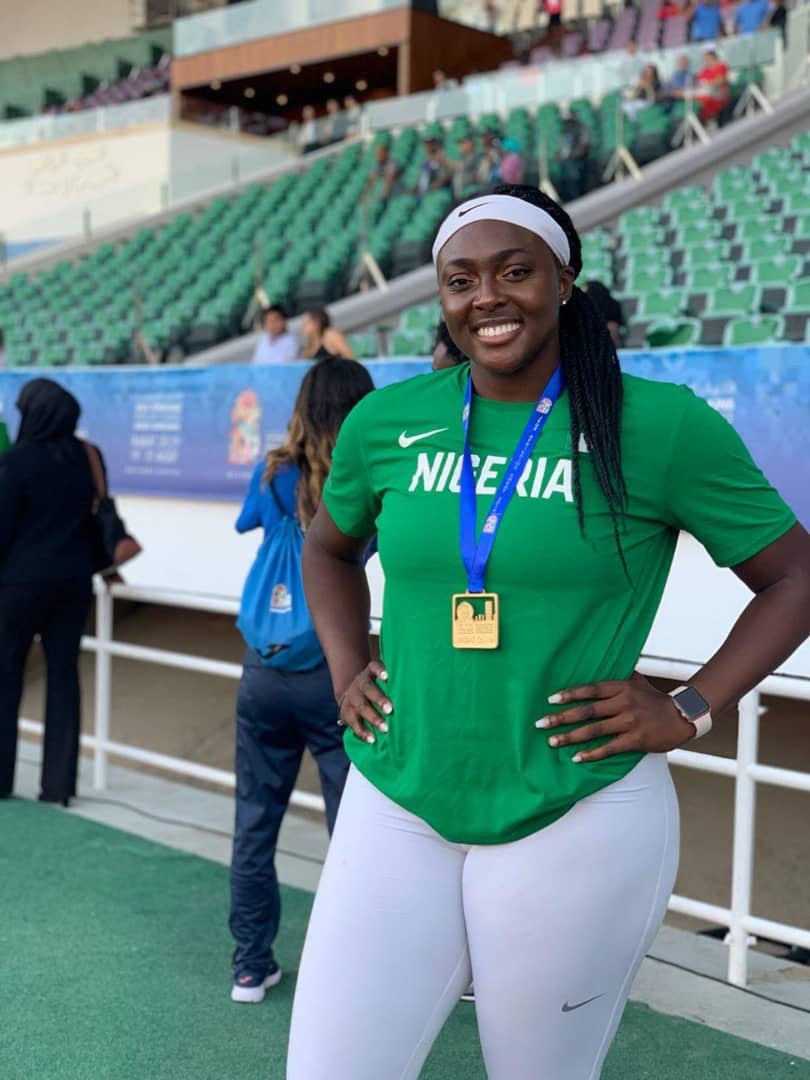 Nigerian athletics made another bold headline for the wrong reasons yesterday, as the International Association of Athletics Federation (IAAF) stripped United States-based female shot put thrower, Oyesade Olatoye, of the two medals she won at the 2019 African Games in Morocco.⁣
⁣
Olatoye won gold in the women’s shot put and a bronze medal in the women hammer throw for Team Nigeria at the last African Games in Rabat, Morocco. The performance in Morocco qualified her for the recently concluded IAAF World Athletics Championships in Doha.⁣
⁣
However, the IAAF stated in a release yesterday that its Nationality Review Panel did not clear Olatoye before she competed for Nigeria. The athlete will lose both medals due to ineligibility.⁣
⁣
“In reference to the transfer of allegiance for Oyesade Olatoye, the final decision of the NRP has determined that the athlete was not eligible to represent Nigeria at the time of the 2019 African Games and that her results there have to be annulled,” the statement read.⁣