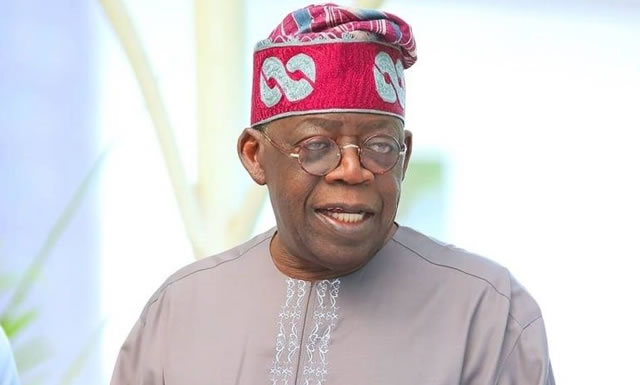 The Economic and Financial Crimes Commission has been charged by an anti-corruption group, Transparency International to take the petition against the National Leader of the All Progressives Congress, Bola Tinubu, seriously.

The head of the group, Auwal Musa, while speaking with Punch, on Monday, said the commission must prove to Nigerians that it is not a partial organisation.

Musa in his statement noted that the anti-corruption body had arrested several people for vote-buying during the last elections.

He, therefore, urged the anti-graft agency not to betray the confidence of Nigerians.

Musa, further stated that he hopes the fight against corruption will be seen to be real and whoever is involved in any act would be prosecuted no matter how powerful the individual is.

He added that is the only way Nigerians can continue to have confidence in the anti-graft agency.

He said, “For me, this petition should be taken seriously and the EFCC should not waste time before working on it because similar things happened during the elections where some politicians were arrested with money.”

“In this case, nothing has happened to the man (Tinubu) and citizens are calling for action so that there will be no impunity in the system. I think it will be in the interest of the anti-corruption agencies to be proactive and take action that will make citizens have confidence in the anti-corruption war.”

Naija News had earlier reported that the convener of Concerned Nigerians, Deji Adeyanju, submitted a petition to the EFCC to investigate Tinubu who had two bullion vans driven into his premises on the eve of the Presidential election in February.