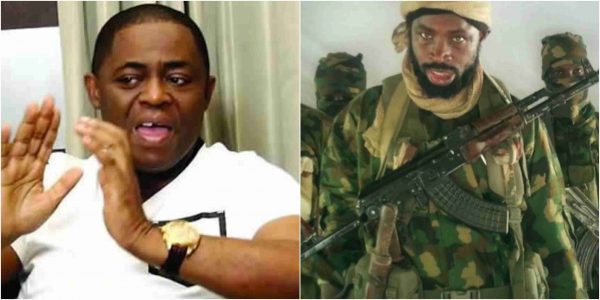 Boko Haram, a terrorist group has for long terrorized Nigerians and is responsible for killings in mostly Northern part of the country.

Naija News recalls that a former President of Benin Republic, Nicephore Soglo, had also accused the Kingdom of Saudi Arabia and Qatar of funding the dreaded Boko Haram.

Soglo called on Africans to stand united in order to solve their own problems without foreign help.

He said Africa, and West Africa in particular, must work at solving it is own problems and that it should be able to identify its real friends.

“Boko Haram is funded by our friends from Saudi Arabia and our friends from Qatar. Are we friends or not? Let’s tell ourselves the truth. We have to stand together,” the former president said.

In a post on his Twitter page, Fani Kayode said: “There are two major and rival forces in the Muslim world today that are covertly funding and supporting Islamist terror groups like Boko Haram and the Fulani militias in Nigeria and Al Shabab in Somalia.

“The first is Saudi Arabia. The second is Qatar.”