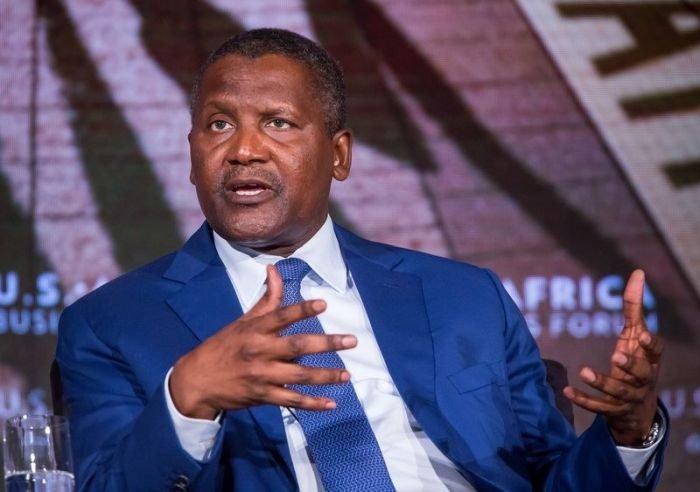 The Dangote Group has pledged to change Nigeria from a nation that imports rice to a major exporter of the staple food.

The group said that its 150,000 hectares rice farmlands in Jigawa, Kano, Kebbi, Nasarawa, Niger, Sokoto, and Zamfara States as well as 10 rice mills it was establishing in different parts of the country would deliver one million tons of rice annually.

This was disclosed by Dangote Group’s Executive Director, Kunt Ulvmoen, when he spoke to captains of commerce and industry during the Dangote’s Special Day, at the ongoing 33rd Lagos International Trade Fair.

According to Mr Ulvmoen, the group had been known to be the number one in rice business in Nigeria until it took the decision to terminate any commodity trading that would not achieve value addition on locally.

Notwithstanding, consumers were still asking for the Dangote rice years after the group’s decision to terminate rice importation, he said.

“So what do we do? We are entering into rice farming and processing and targeting a million tons output annually.

“We are already active in the farms. We have already got some paddy rice in some silos. We are also challenging others to do what we are setting out to do in order to make rice an exportable product in Nigeria,” Ulvmoen added.

“What is very important in Nigeria is the gas. There is so much gas in the oil field that is still burnt. But this gas is very important for the production of energy in the country. And we want to make sure that there is gas in the pipeline. Nigeria needs to utilize all natural resources especially oil and gas.

“We have our sugar refinery in Apapa with capacity for 1.4 million tons annually. But we also want to reduce the importation of raw sugar. So, we are improving our plantation for sugar cane. We want Nigeria to be as independent as possible from sugar import,” he said.

“We are creating jobs. If you want to reduce kidnapping or extremism you have to create jobs. Nobody wants to do that if he can avoid it,” he added.

In addition, he said Dangote has 29 million tons installed capacity for cement production.

Also speaking, the Group Executive Director, Halima Aliko Dangote, said the company recognised its partnership with LCCI, which she said, has been growing over the years.

“The bond is even more significant as one of own, Mr. Knut Ulvmoen is one of the Deputy Presidents of the Chamber. He has been a very active member of the Chamber,” Ms Halima said.

The President of the LCCI, Babatunde Paul Ruwase, described the Dangote Group as a critical enabler in connecting businesses in Africa.

He said, “There is no home in Nigeria that lacks a Dangote product that are very essential to our daily lives.”