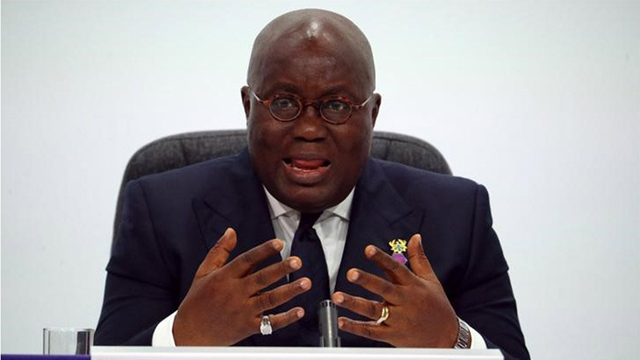 Nigerians doing business in Ghana have been asked to quit their shops by Thursday, November 14, 2019, or be forcibly evicted in apparent retaliation against the Federal Government’s closure of the borders.

The ultimatum was issued by the Ghana Union of Traders’ Associations (GUTA) and the Ghana Electrical Dealers Association (GEDA).

One of the notices sighted yesterday at strategic locations in markets across Ghana, especially in Kumasi, reads in capital letters: “Attention! Attention! Attention! According to the Ghana Investment Promotion Centre (GIPC) Law Act 865 Section 27A, you are not to be in our market. We are by this notice informing you to leave our market by 14th November 2019. By GUTA.”

A Nigerian trader in Ghana told The Guardian: “They have closed some of the shops and threatened to close the shops belonging to Nigerians before November 14. They are angry because of Nigeria’s border closure, which has affected their businesses.

“The threat and notice for Nigerians to quit their market premises have been on for about 15 years now. There is an ongoing government campaign to send Nigerians back to their country. Since the present government in Ghana got into power, Nigerians are being deported for lack of work permits, prostitution, fraud, and other excuses.

“They have increased the cost of getting a work permit and taxation of Nigerian businesses in order to frustrate them. Even when you pay for all these, it might take, at least, three months to get back your international passport.”

According to a recent report by the BBC, “More than 100 foreign-owned shops are getting shut down by Ghanaian traders in the country’s second-largest city, Kumasi. Most of the shops are run by Nigerians. The traders shutting down the shops say they’re being run illegally but the shop owners deny this.”

Representatives of the Accra and Abuja governments reportedly met on Monday, November 4, 2019, to discuss the possibilities of opening Nigeria’s border to Ghanaian traders.

The border was closed in August 2019 to prevent the smuggling of products from neighbouring West African countries. Many trucks have since been stranded at the Seme border. Over the weekend, the Nigerian government announced that the restriction would remain till January 31, 2020.

Ghana’s deputy trade and industry minister, Carlos Ahenkorah, while speaking on The Big Issue over the weekend said he was hopeful that both parties would reach an agreement to facilitate trade.

The president of Nigeria Union of Traders Association, Ghana (NUTAG), Chukwuemeka Nnaji, had earlier told The Guardian that despite the provisions of ECOWAS protocols, Ghana’s use of its GIPC Act 865, Section 27 (1a) of 2013, flouts the provisions on rules of engagement.

He said while Ghana continues to enjoy the privileges conferred on ECOWAS citizens in the region, the government and its people keep prohibiting other citizens from doing the same in Ghana.

“Despite the discussions between Nigerian and Ghanaian governments at the United Nations General Assembly in New York, the ordeal of Nigerian traders in Ghana escalated as the Ghana Union Traders Association took a different turn by attacking businesses in the Ashanti region.

“Getting a residence permit is more difficult than getting the USA Green Card. The conditions are enormous. Already, we are advising Nigerian traders to leave Ghana until the challenges are addressed, especially as Ghana Immigration Services are equally cracking down on foreigners, particularly Nigerians,” he said.

A representative of the Ghana High Commission, Sintim Barimah Asare, at a recent forum, appealed for calm and understanding among operators, pledging that his country remains committed to the ECOWAS treaty.

He said the Ghanaian government seeks to protect its petty traders from undue competition, stressing that the GIPC law is for medium and large enterprises and not for micro-businesses.

Representative of the Nigeria-Ghana Business Council, Ms Abiola Ogunbiyi, called for an understanding of the provisions of the ECOWAS treaty. She said while provisions of the regional integration treaty presuppose that things are working, the reality is different.

The president of the Lagos Chamber of Commerce and Industry (LCCI), Babatunde Runsewe, noted that the use of domestic policies that negate the spirit of economic integration in the sub-region limit bilateral ties among member countries.

“There are numerous institutional and infrastructure problems militating against the lofty objectives of ECOWAS. We, therefore, need to tackle the current frustrating barriers to trade in the sub-region.

“The trade treaties are not being fully implemented. Compliance levels are very low and commitment to the trade protocols is very weak. After 43 years of ECOWAS, we are still grappling with numerous tariff and non-tariff barriers to trade.” he said.

The Nigeria Customs Service (NCS) meanwhile has halted the supply of petroleum products to filling stations within 20 kilometres of all the land borders.

The directive might not be unconnected with allegations that operators of some border filling stations were conniving with criminals to smuggle fuel to neighbouring countries.

Comptroller General of Customs, Hameed Ali, who gave the directive through a memo signed by Chidi A, the Deputy Comptroller General (Enforcement, Inspection, and Investigation), said petroleum tankers must not be allowed to discharge contents within said distances.