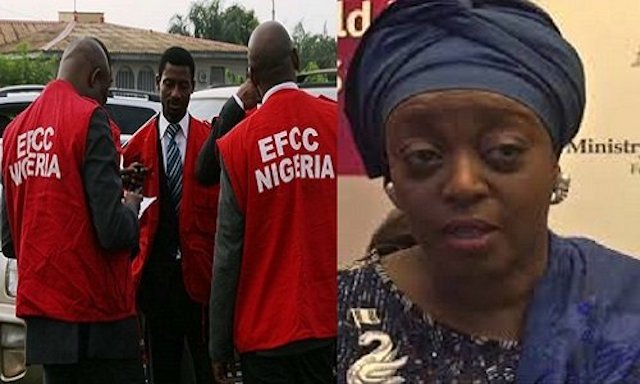 Justice Ijeoma Ojukwu threatened to strike out the money laundering case should the anti-graft agency fail to produce the defendant in court by March 2020.

A Federal High Court sitting in Abuja has given the Economic and Financial Crimes Commission until March 2020 to have a former Minister of Petroleum Resources, Mrs. Diezani Alison-Madueke extradited to Nigeria from the United Kingdom.

The commission had in November 2018 filed a 13 count charge of money laundering against the former minister accusing her of unlawfully taking into her possession the sums of $39.7m and N3.32bn with which she allegedly bought choice properties in Abuja, Lagos and Port Harcourt in Rivers State, while she was in office as Minister of Petroleum Resources.

At the resumed hearing of the suit, Justice Ijeoma Ojukwu threatened to strike out the money laundering case should the anti-graft agency fail to produce the defendant in court by March 2020.

The prosecuting counsel, Mister Faruk Abdullah, had earlier on pleaded with the judge to adjourn the case indefinitely on the grounds that the EFCC was facing challenges in its bid to extradite the defendant from the United Kingdom.

Missus Diezani has been in the United Kingdom facing corruption investigations since 2015 when she left office as minister.