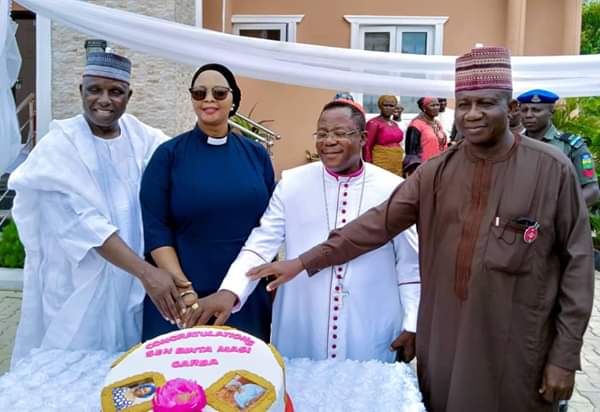 A former Nigerian senator who served her country for 16 years has been ordained as a pastor.

A former Senator, Binta Masi Garba who served in the National Assembly for 16 years has been ordained as a pastor at the International Praise Chapel church, Yola.

Sharing the photos on her social media page, she wrote: “Today, I was ordained as a Pastor at International Praise Chapel, Yola. To God be the glory”