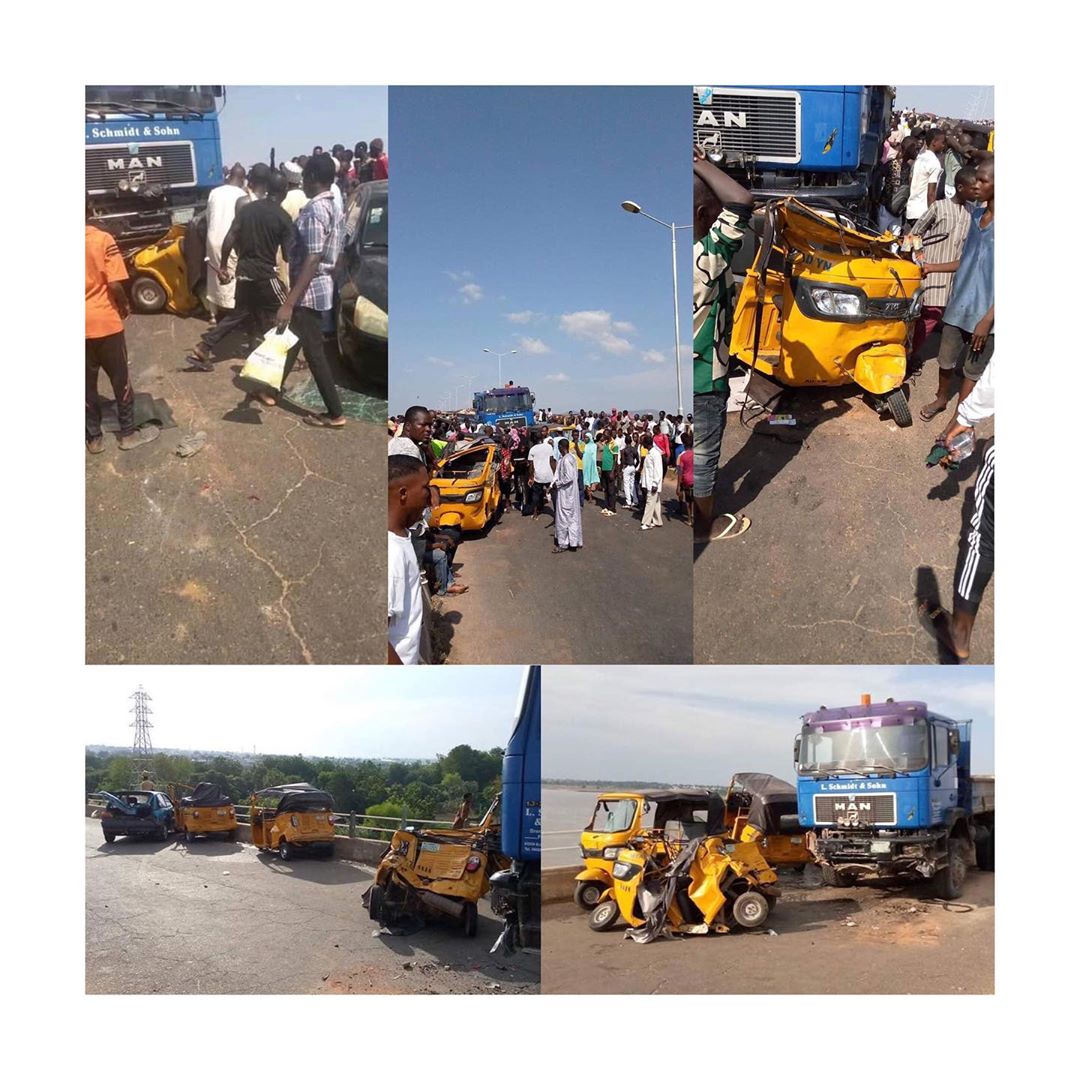 Residents said that the accident was caused by police officers, who were pursuing the truck driver for refusing to give them money.

A resident of Vunokilang, Malam Umar Shehu, who also sent pictures of the accident to reporters said he participated in evacuation of corpses to the Specialist hospital in Yola.

According to him, the explanation the police gave was that, they were chasing the truck driver for carrying goods suspected to be foreign rice, a situation which led to the unfortunate incident, resulting in the death of many.

“But, there was no foreign rice in the truck, it was farm produce. The driver said they were chasing him for refusing to give them money at a checkpoint the police mounted,” Umar said.

He confirmed that there was a serious gridlocked on the Yola Bridge such that no entry in or out of Yola from the Benue bridge towards the Modibbo Adama University of Technology.

One of the passengers, a student at the Modibo Adama University, who identified himself as Salisu Ibrahim said narrowly escaped death by whiskers.