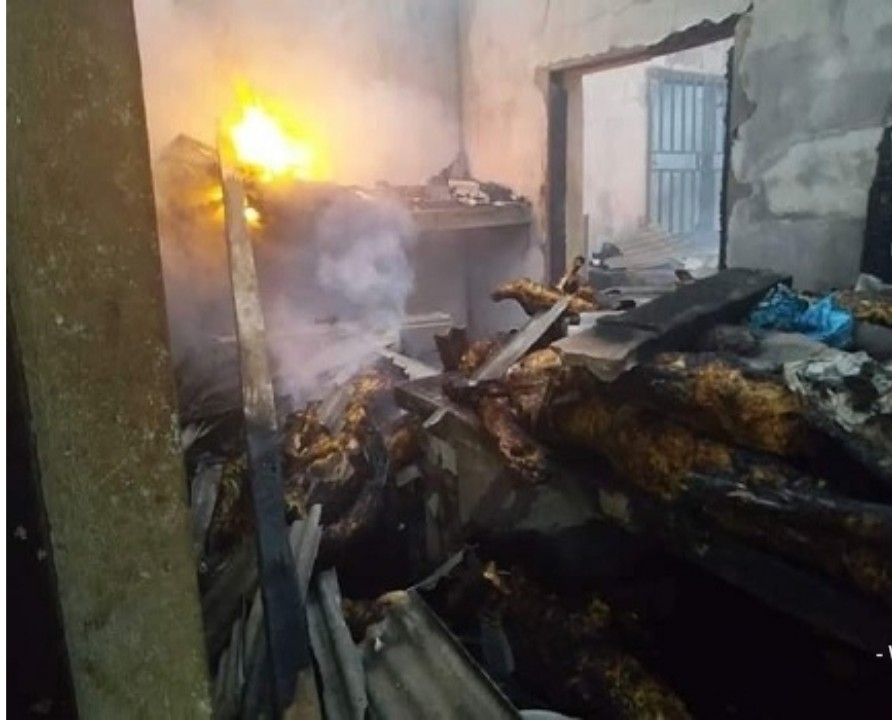 No fewer than 12 corpses, were on Tuesday burnt in a fire outbreak that ravaged the mortuary inside the anatomy department of the Obafemi Awolowo University (OAU), Ile-Ife, Osun State.

According to report, the fire incident occurred around 3.00 am causing panic, just as the Fire Services Unit of the university struggled to stop it from spreading to other buildings in the anatomy department.

The corpses burnt in the inferno were said to have been preserved inside cabins in the morgue.

The Police Public Relations Officer (PPRO) of Osun State Police Command, Mrs Folasade Odoro confirmed the incident, saying the investigation had already begun to ascertain the cause of the fire outbreak.

Reacting to the development, the Public Relations Officer (PRO) of the OAU, Abiodun Olarewaju in a press statement forwarded to our correspondent said, “what could have resulted into a major fire outbreak in the Department of Anatomy and Cell Biology at the Obafemi Awolowo University, Ile-Ife, was today averted by the combined efforts of the security and Fire Services Unit of the university.”

He further stated that “the fire, which broke out at around 3:00 am today (Tuesday) was caused by electricity surge which affected a section of the morgue where corpses are kept. Out of about 102 bodies that are kept in the morgue, 12 were affected by the fire outbreak.

“Accordingly, the Department has made detailed arrangements to duly and adequately inform those who have kept bodies (corpses) in the morgue.

“Leading other principal officers to the scene of the incident, the Vice-Chancellor, Professor Eyitope Ogunbodede, assessed the level of damage and instructed immediate repairs to the affected areas.

“The Vice-Chancellor has also constituted a three-member committee to look into the immediate and remote causes of the fire outbreak. Normalcy of academic and administrative activities have since returned to the area,” Olarewaju concluded.