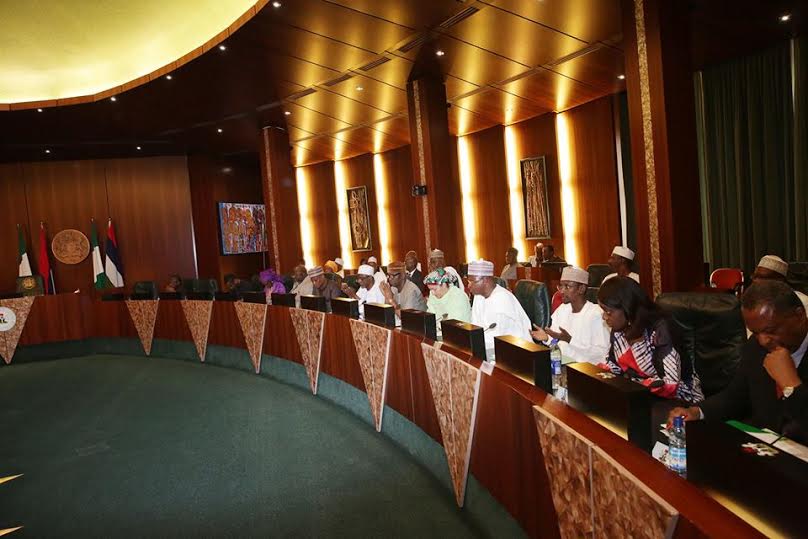 The government is targeting 1.2million jobs with a 500 million Euro loan, to be managed by the Bank of Industry.

The external creditors’ loan will support industrialisation and agriculture, Minister of State for Budget and National Planning, Clement Agba, said at the Presidential Villa on Wednesday after the Federal Executive Council (FEC) meeting.

He said: “Council today approved the issuance of a Sovereign Guarantee of 500 million Euros from the Credit Suisse AG London Branch and a syndicate of international lenders as collateral for 500 million Euro facility to the Bank of Industry.

“The loan is basically to finance major industrialization projects and micro-small and medium enterprises value chains in Nigeria for up to five years tenor at affordable rates; these rates are single digit rates.

“The guarantor of the loan shall be the Federal Republic of Nigeria and this is going to be executed through the Ministry of Finance Budget and National Planning.

“The main objective of the loan is to support industry; revitalise agro-industrial processing zones, to facilitate the creation of new jobs.

“We do believe that about 1.2 million jobs will be created through this facility; increase the income of farming communities and promote the inclusion of SMEs and small holder producers in the industrial value chain and the deployment of transportation infrastructure that connect farming communities to processors and market.

“The loan will be swapped to Naira by the CBN to mitigate the foreign exchange risk and the fund will therefore be available to Nigerian enterprises at a more affordable rate and in local currency.” he stated

The Attorney-General of the Federation and Minister of Justice, Abubakar Malami, said the council approved a Justice Sector Policy for the country essentially to reform the sector by simplifying access to justice.

He said the policy, would ensure “speedy determination of justice”, “quality of justice” and “access to justice.”

READ  Shocking As U.S Restaurant Places Curses On Customers Who Block Their Toilets

He said the council also approved a memo seeking to repeal the Geneva Convention and re-enact it to “accord greater access to justice by prisoners of war.”

According to him, Nigeria was lagging behind the rest of the world in terms of certain rights and privileges for prisoners of war.

“A policy that has been keyed into in respect of which buy-in of the executive, judiciary and the legislature. A policy that is all encompassing as it relates to institutional accommodation.

“So, the memo was presented in that respect. The three arms of government indeed, ministries, departments and agencies have been over time working on a road map that was a product of that policy.

“But what we have by way of administration of justice, criminal justice Act a time which was intended that we have speedy determination of cases was indeed a product of that understanding.

“What we had by way of legislation in relation to correctional service Act is indeed a product of that understanding and the same thing with executive orders that were put in place.

“So, with emerging trends, particularly as it relates with best practices, the need arises for us to amend our laws to be at pal with international best practices. Amendment to this effect among other things for example that greater access to justice should be accorded to prisoners of wars in cases of breach.”

“So, at the end of the day, the jurisdiction of which Court could entertain cases of breaches against the interest of prisoners of war, people involved in conflicts among others is expanded to allow for greater access to justice.

“It is a convention that now enshrines, lays out the way and manner you can deal with prisoners of wars, people involved in civil conflicts and accord them certain privileges in terms of access to Court in times of breaches against their persons, against their interest and associates.

“For example, if ill-treatment is melted to them, it is enshrined in the Geneva convention internationally and universally accepted how you can deal with people involved in civil conflicts, in wars amongst others.

“The memos relating to the amendment of the Geneva convention in line and in tune with international best practices were all presented and approved by the council.

“When you talk of wars and conflicts that involved multiple countries. I think as a government, we have a responsibility to accord protection to our citizens not necessarily to wait until such time when they are affected before we can take advantage of according them the desired protection.”

The Minister of Power, Saleh Mamman presented a memo to the Council seeking ratification, approval of the president to release 2 million dollars as part of contribution to the West African Power Pool. The memo, he said, was approved.