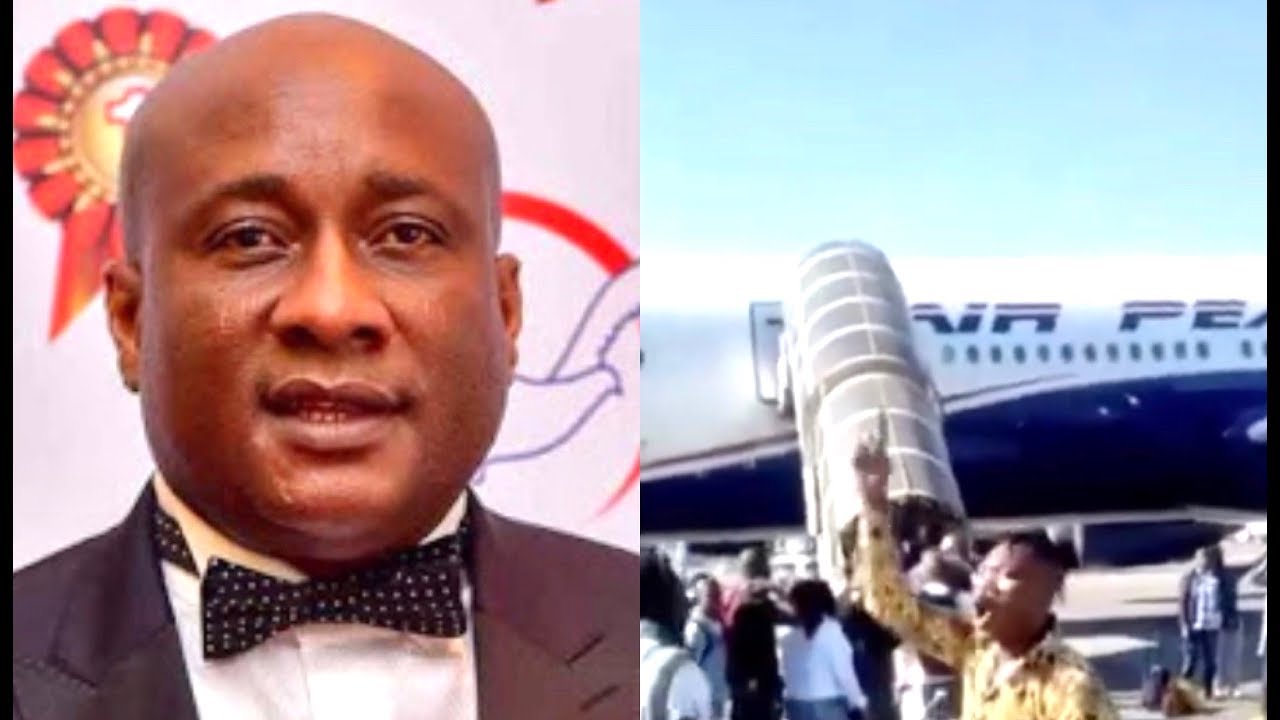 A special panel has been set up by the EFCC to investigate Air Peace CEO over the allegations of fraud against him.

The Economic and Financial Crimes Commission (EFCC) has waded into the $44.9 million wire fraud and money laundering case against Air Peace Chief Executive Allen Ifechukwu Athan Onyema hours after his indictment in the United States (US).

The EFCC, it was learnt, on Saturday raised what sources referred to as a ”special panel” to investigate the matter shortly after receiving the charges against Onyema.

Onyema was indicted along with his finance officer, Ejiroghene Eghagha, by the US Department of Justice (DoJ).

They were accused of “moving more than $20 million from Nigeria through some United States banks in a scheme involving false documents based on the purchase of airplanes.”

Eghagha, who is the international airline’s Chief of Administration and Finance, was also accused of bank fraud and committing aggravated identity theft in connection with the scheme.

The EFCC is also investigating two Nigerian banks for allegedly facilitating the transfer of the money to the US and processing letters of credit to buy planes for Air Peace.

The probe, The Nation gathered, would cover the activities and inflows into the accounts of four non-governmental organisations (NGOs) /non-profit groups sponsored by Onyema.

They are Foundation for Ethnic Harmony, International Centre for Non-Violence and Peace Development, All-Time Peace Media Communications Limited and Every Child Limited.

Onyema has since denied the allegations against him and stated his readiness to travel to the US to defend himself.

His lawyer, A. O. Alegeh, said in a statement in Lagos, at the weekend, that Onyema “strongly denies and will vigorously defend himself against the allegations made against him by the US Attorney in Atlanta, Georgia in relation to the purchase of aircraft, aircraft spares and aircraft maintenance”.

The US government is seeking the forfeiture of $14,246,536.6million left in some accounts linked with Onyema in the US and Canada.

One of the legs of the EFCC probe is to ascertain whether Onyema is fronting for some politically exposed persons in the country.

A source said: “Upon the receipt of the charges, the EFCC chairman raised a team to probe the allegations against Onyema Eghagha, who were prominently mentioned in the indictment charges by the United States Government.

“The EFCC team is working on what I may term the ‘Nigerian components’ of the indictment including suspicious huge transfer of funds abroad, alleged abuse of letters of credit and money laundering.

“In fact, the Acting EFCC Chairman, Mr. Ibrahim Magu directed the team members to work round the clock at the weekend because it is a case we must work on with speed.

“We are also interested in the roles played by two banks in the country including one that has been on our radar for a while for money laundering. This same bank was implicated in the $115million poll bribery scam in 2015 for which former Minister of Petroleum Resources Diezani Alison-Madueke is wanted for trial.

“We need to act because in the indictment, the US indicated its plans to freeze some funds linked with Onyema in some accounts within and outside its jurisdiction. It is standard practice to have collaboration with sister organisations all over the world. We cannot wait till the last minutes before playing our roles.”

Responding to a question, the source added: “Certainly, our crack team will conduct a comprehensive investigation into the activities and remittances into the accounts of the four non-governmental organisations (NGOs) /non-profit groups of Onyema.

“Our immediate suspicion is that these four groups are likely to be tools for money laundering. The Corporate Affairs Commission (CAC), tax bodies and other agencies will assist on the status of these organisations.

“We have directed our detectives to ascertain or otherwise if Onyema is allegedly serving as a front for some politically exposed persons (PEPs).”

The source added: “The EFCC may also investigate other persons or groups that have assisted Onyema in one way or the other on the allegations against him. The indictment spoke of known and unknown persons.”

In the charges against Onyema and Eghagha, they were accused of using the money to buy luxury cars, including a Rolls Royce for $180,000 and Mercedes for $88, 500 among others.

Onyema was also said to have spent thousands of dollars on personal purchases at Atlanta Georgia locations of Prada, Neiman Marcus, Macy’s, Louis Vuitton, the Apple Store and various airlines.

It was alleged that the total amount Onyema spent on aircraft acquisition for his airline exceeded $3million.

Airline magnate Alex Onyema yesterday said it is not in his character to be dubious, describing the fraud allegations against him as false.

In a statement in Lagos, he said: ”Thank you for reaching out to me. I can confirm to you that all allegations are false and are in no way in line with my character as a person and as a business man whose only aim has been to build Nigeria and improve wellbeing.

”As the press statement clearly stated, these are indictment that only contains charges. I am innocent of all charges and the US government will find NO dirt on me because I have never conducted business with any illegalities.

”Be rest assured that I also have my lawyers on this and these mere allegations will be refuted. I never laundered money in my life, neither have I committed bank fraud anywhere in the world. Every Kobo I transferred to the US for aircraft purchase went through the Central Bank of Nigeria Letter of Credit regime and all were used for the same purpose. The American companies that received the funds are still in business. I never took a penny from any US bank or Nigerian bank. I am willing to defend my innocence in the US courts”.

His lawyer, A. O. Alegeh in a statement in Lagos said: “On behalf of Allen Onyema, we hereby state that he strongly denies and will vigorously defend himself against the allegations made against him by the US Attorney in Atlanta, Georgia in relation to purchase of Aircraft, Aircraft spares and Aircraft maintenance. None of the allegations involve any third party funds but relate to his funds utilised in the Airline business. There is no allegation that any Bank [in the United States, Nigeria or elsewhere], company or individual suffered any financial or any loss whatsoever.

“The allegations are unfounded and strange to him. Allen Onyema has a track record built on honesty and integrity and will take all necessary steps to clear his good name and hard earned reputation. He looks forward to an opportunity to rebut these allegations in Court.”

In a statement, her lawyer A.O Alegeh said: “On behalf of Mrs Ejiro Eghagha, we hereby state that she strongly denies and will vigorously defend herself against the allegations made against her by the US Attorney in Atlanta, Georgia in relation to purchase of aircraft, aircraft spares and aircraft maintenance for her employer.

None of the allegations involve any third party funds but relate to funds belonging to her employer and utilized in the airline business. There is no allegation that any Bank [in the United States, Nigeria or elsewhere], Company or individual suffered any financial or any loss whatsoever.

“The allegations are unfounded and strange to her. Mrs Ejiro Eghagha has built her reputation as a seasoned, honest and responsible person and will take all necessary steps to clear her good name and hard earned reputation. She looks forward to an opportunity to rebut these allegations in Court.”