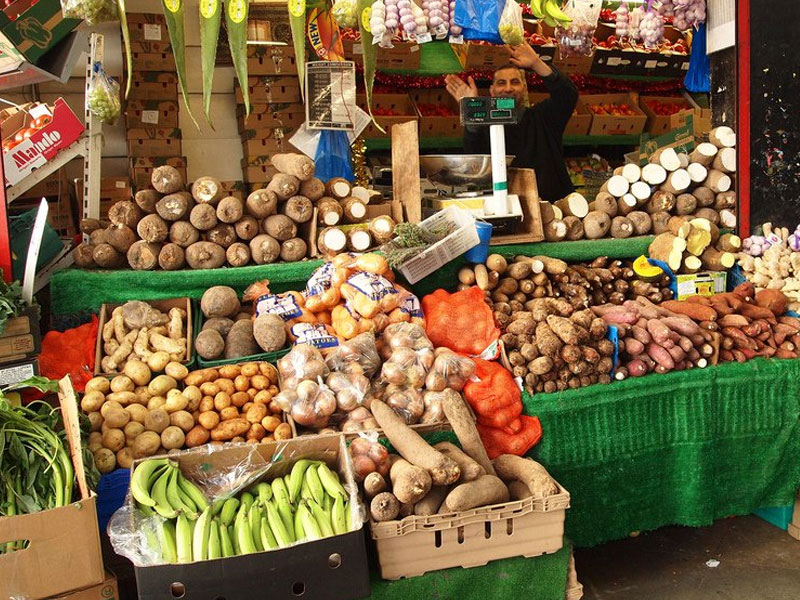 The Executive Board of the International Fund for Agricultural Development (IFAD) in 2013 approved the Climate Change Adaptation and Agribusiness Support Programme (CASP) to be executed in seven states in the savannah belt of Nigeria.

Project initiation began in 2015, while the goal is to reduce rural poverty, increase food security and accelerate economic growth on a sustainable basis

Alhaji Muhammad Idah, the National Coordinator of the programme, who presented the mid-term performance of the programme recently in Dutse, said the achievements so far, showed the readiness of farmers to adapt to best agro-economic practice and innovations.

He reiterated that CASP is funded by IFAD, in collaboration with the Federal Ministry of Agriculture and Rural Development.

The coordinator said that the life span of the programme will terminate on March 31, 2021, while the financial support will end on Sept. 31, 2021.

He listed the four components of the programme as productivity enhancement and climate resilience; enterprise development for women and youths; institutional development and programme coordination and management.

He disclosed that under CASP, 29,833 smallholder farmers were reached as against the 35,000 targeted, which represented 85.23 per cent.

“We have also trained 408 FFS/FBS facilitators under the programme as against a target of 430.

“We distributed 37,940kg of assorted foundation seeds to 718 farmers to produce certified seeds in collaboration with the National Agricultural Seed Council (NASC).”

The national coordinator said that in the period under review, 8,604 irrigation water pumps were provided in the focal states for dry season farming.

“We also built 53 market stalls, weighing/sorting sheds, drying floors, toilet and water facilities and 53 warehouses, under the programme which are all at completion stages.

According to him, the aim is to boost and increase soil moisture and water conservation for crop production purposes.

Idah explained that the programme is in collaborating with the International Centre for Agricultural Research in the Dry Areas (ICARDA) Amman, Jordan, for irrigation programmes in participating states.

He said other achievements recorded include establishments of grazing lands and improved pasture seed grass to provide quality fodder for animals in the seven focal states.

“This will guide the communities against climate change effects on grazing lands.

“We provided 14,045 energy-saving cooking stoves to women in the CASP states, 59.09km rural roads were also rehabilitated in the period under review.”

According to Idah, under the agricultural value chain financing, 1,308 farmers were linked to the Bank of Industry (BoI) and each farmer obtained a loan of N193,370,980.

“A a total of 1,730 youths have also received equipment for animal traction, out of 3,535 targets.

“So far, we have formed 486 new Community Development Associations (CDAs), in addition to the existing 201 ones.

“Worthy of mention is the support and contributions of the governments of the seven participating states towards the success of the programme,”

Cross-section of beneficiaries who spoke on the impact of the interventions commended the initiators of the programme.

Bintu Kyariram, of Kyari-Kawuri village, in Kaga Local Government Area of Borno, an internally displaced person, enumerated what he gained from the programme.

“I was able to farm and get money to pay my children’s school fees as well as feed the family.

“My participation in the programme has made a significant change in my life because I am now financially independent.

“I was also able to learn to tailor and I bought a sewing machine from the money I realised from farming,” she added.

Another beneficiary from Balle community in Fune Local Government of Yobe, Malam Bukar Lawan, who benefitted from the farmer-field school intervention programme, said that he acquired new knowledge on how a small portion of land can be utilised for high yields.

Shehu gave the commendation in view of many projects executed in his area, including culverts and drainages in Rugar Bade and Yangora villages, as well as the construction of 4.5km feeder roads from Kurungus to Yangora village, all in Bindawa Local Government Area.

He listed other projects like solar-powered boreholes in Bindawa town and Yangora village.

“The solar-powered boreholes were in addition to 24 drilled boreholes, constructed at different rural communities for domestic purposes,” the village head said.

“Prior to FGN/IFAD CASP intervention, about 600 rural dwellers in the area managed an old concrete cement well for their drinking water.

“But now, about 1,000 people source water from the hand-driven borehole, which serves not only the people of the area but also other nearby communities.”

Hajiya Maimuna Abdulkadir, a leader of Women Farmers’ Cooperative Group, in Kiyawa Local Government Area of Jigawa, said that they were provided with grinding mill machines for extracting groundnut oil through the FGN/IFAD intervention.

Maimuna said that there were also supported with fertilizers, improved seeds and other farm inputs.

The gesture, she noted helped to boost food production.

With support and commitment from focal states, the programme will live up to its mandate of reducing rural poverty, increase food security and accelerate economic growth on a sustainable basis.