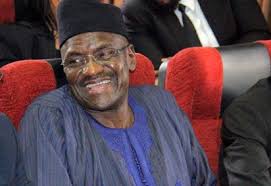 The Economic and Financial Crimes Commission, (EFCC) on Thursday closed its case in the ongoing trial of former Chief of AVM Umar Dikko in the Federal High Court Abuja over alleged N9.7 billion fraud.

EFCC charged is Dikko with seven counts of laundering and procurement fraud to the tune of N9.7 bn.

The anti graft agency alleged that the amount accrued when Dikko allegedly converted money from the N1.2 billion monthly from allocations belonging to the Nigerian Air Force to his personal use.

Dikko was first arraigned on May 11, 2016 before Justice Binta Nyako for allegedly laundering money belonging to the Nigeria Air force.

The trial judge, Justice Nnamdi Dimgba, adjourned the matter until Jan.28, 2020 for continuation for defence to open its case.

Speaking to a NAN correspondent after closing the case, Tahir expressed confidence that the prosecution had proved its case beyond reasonable doubt.

“Going by the evidence we have tendered, monies were wired from the account of the Nigeria Air Force to Bureau de Change operators and converted into dollars and was taken to him.

” From the N1.2 billion monthly allocation of the Nigeria Air Force, after paying salaries, whatever was left was converted to dollars, some used for aircraft maintenance and staff training but the bulk of that money was converted into dollars and handed to him monthly.

“The former Director of Finance of the Nigeria Air Force gave evidence in this case so with evidence coming directly from people who worked under him, our case is solid,”he said.