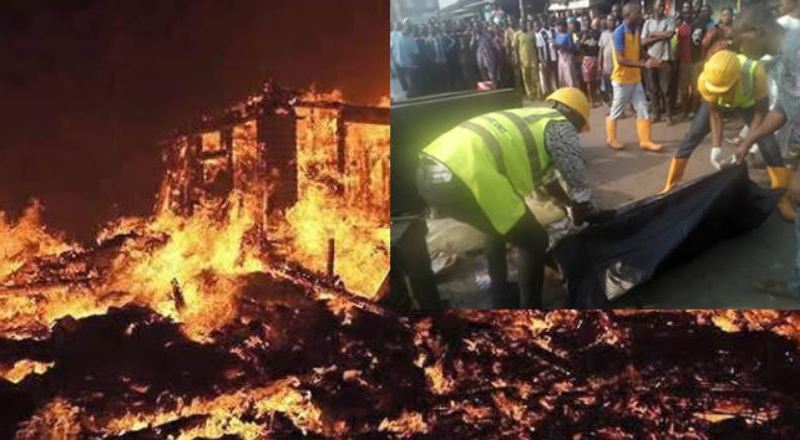 According to eyewitness account, about 50 persons were injured in the ugly incident.

Among the dead persons were two kids.

Oke-Osanyintolu said those suffered burns have been evacuated to the Burn Unit, Gbagada General Hospital.

According to him, five persons including three children and two adult female were seriously burnt and currently admitted at the Gbagada hospital.

He said: “Further investigations revealed that the fire ignited as a result of a call being made by an unidentified resident which escalated to other nearby shops and a bungalow behind the shops.

“Unfortunately, two children (male and female) lost their lives and multiple burn casualties were recorded; a total of 23 in number.

“The second body met at the scene was identified as Damilare Afolabi and the remains were bagged by the LASEMA Response Team (LRT) and handed over to the family.”

He said the entire area has been cordoned and post-disaster assessment is ongoing.

“As a result of visible cracks and intensity of the fire, it is advised that a controlled demolition should be carried out on the burnt structure in order to prevent any secondary incident. Operation ongoing,” he said.