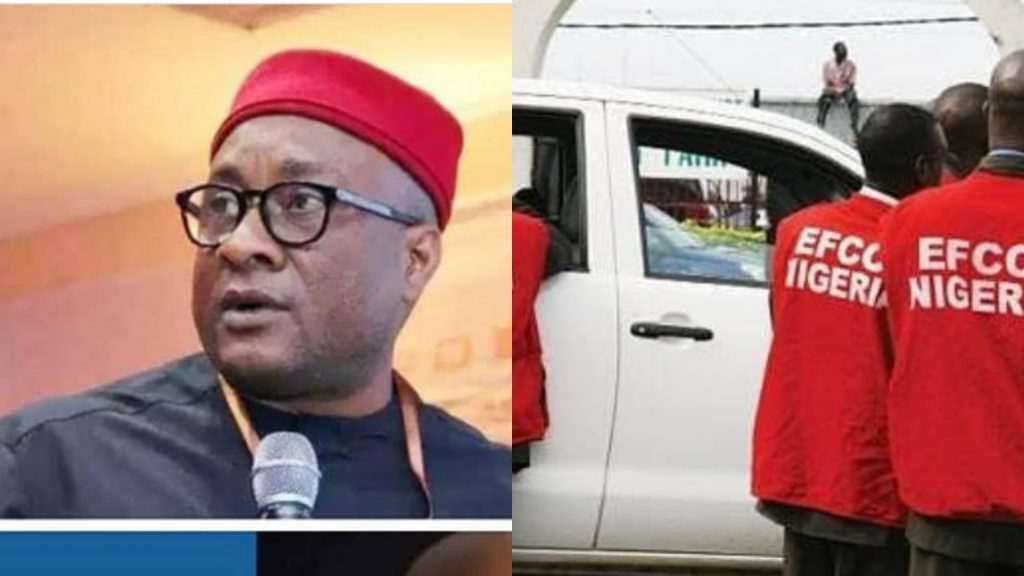 The Economic and Financial Crimes Commission (EFCC) has seized the passport of the embattled chief executive officer of Air Peace, Allen Onyema.

This seizure comes afrer the CEO of Air Peace was indicted for bank fraud and laundering over $20 million from Nigeria through US bank accounts in a scheme involving false documents which he allegedly used in buying aeroplanes.

Operatives of the anti-graft agency reportedly grilled Allen Onyema over his alleged involvement in scam and his passport of the Airline CEO was seized.

According to reports, a source disclosed that the anti-graft agency needs to establish a prima facie case, arraign the suspect in court before any extradition application can be initiated.

“Following his interaction with our detectives, it became imperative to restrict his movement to the country because we will need him from time to time,” the newspaper quoted a source in the commission have said.

“We have seized his passports for an unfettered comprehensive investigation. And so far, he has cooperated with our team.

“During our interaction, he maintained his innocence. We have, however, made progress in our preliminary investigation.

“The extradition process is within the purview of the Office of the Attorney-General of the Federation. You should not forget that the EFCC has to investigate, establish prima facie case and arraigning the suspects in court before any extradition application can be initiated.

“The US government knows what to do as far as the invocation of the MLAT is concerned. We are only fulfilling our own part of the collaboration with the relevant US agencies.”