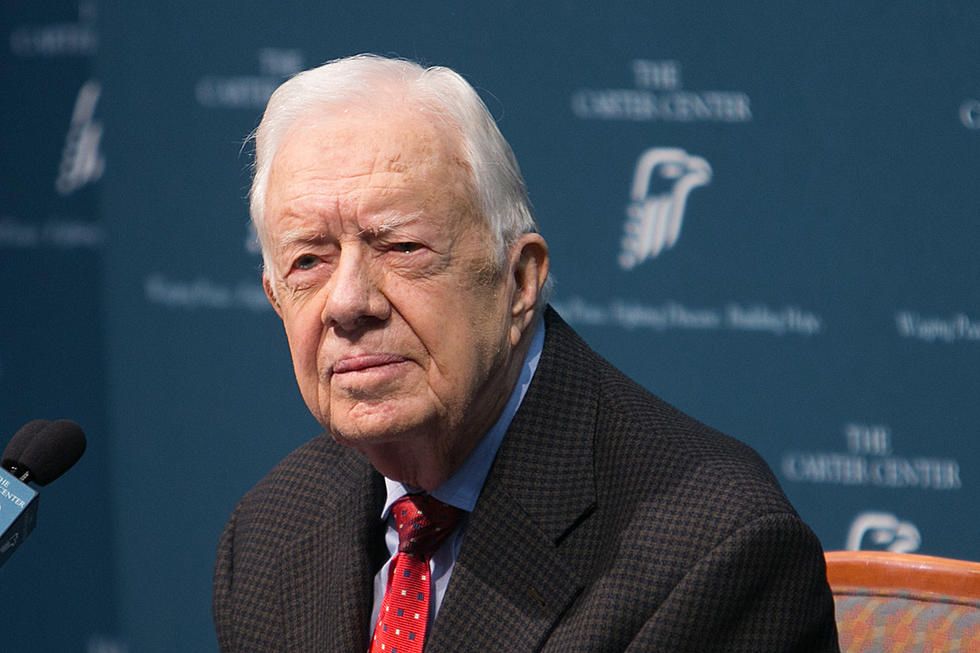 Reports have emerged that the former U.S President Jimmy Carter has been admitted to a south Georgia hospital over the weekend for treatment of a urinary tract infection

This was contained in a statement released by a spokeswoman for The Carter Center, Deanna Congileo after days Jimmy Carter reportedly returned home following surgery to relieve bleeding on the brain.

Congileo revealed that the 95-year-old former president was admitted to Phoebe Sumter Medical Center in Americus over the weekend.

‘He is feeling better and looks forward to returning home soon. We will issue a statement when he is released for further rest and recovery at home,’ she added.

According to reports, Carter, a Democrat, who was the 39th president of the United States, serving one term from 1977 until 1981 has been faced with several health challenges in recent years.

Last month, he underwent surgery to relieve pressure on his brain from bleeding linked to recent falls. Carter was also diagnosed with melanoma in 2015, announcing that the cancer had spread to other parts of his body.

After partial removal of his liver, treatment for brain lesions, radiation and immunotherapy, he said he was cancer-free. On October 6, he hit his head in another fall and received 14 stitches.

He fractured his pelvis in another fall later that month and was briefly hospitalized. Carter was released from Emory University Hospital in Atlanta after recovering from surgery to relieve pressure on his brain caused by bleeding from a fall.

Carter, who surpassed George H.W. Bush as the longest-lived US president in history this year, said: ‘I assumed, naturally, that I was going to die very quickly,’ he said of his 2015 cancer diagnosis.

‘I obviously prayed about it. I didn’t ask God to let me live, but I asked God to give me a proper attitude toward death. And I found that I was absolutely and completely at ease with death.’

‘It didn’t really matter to me whether I died or lived. Except I was going to miss my family, and miss the work at the Carter Center and miss teaching your Sunday school service sometimes and so forth. All those delightful things,’ he said.