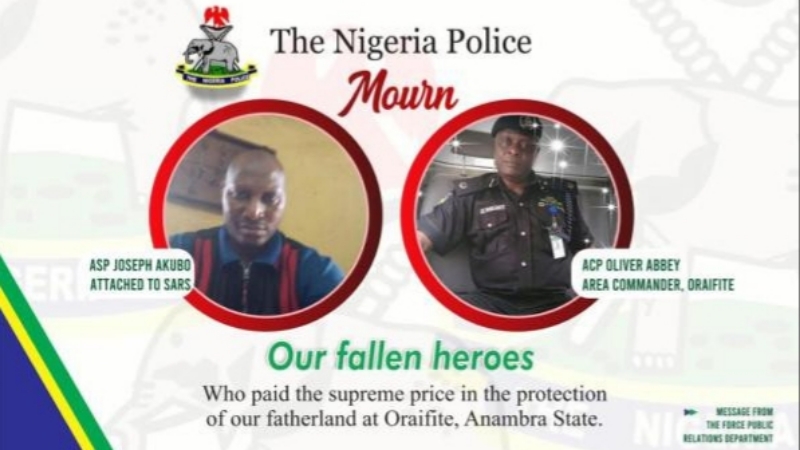 Days after two police officers were coldly murdered during a raid at the home of Ifeanyi Ejiofor, lawyer of the founder of the Indigenous People of Biafra (IPOB) Nnamdi Kanu, the Anambra State Police Command has released names of its dead officers.

There was a bloody clash when policemen reportedly stormed the Anambra home of Ifeanyi Ejiofor, lead counsel of the founder of the Indigenous People of Biafra (IPOB) Nnamdi Kanu while trying to arrest him on December 2.

Hours after the sad incident, the Anambra State Police Command have released the names of its officers who were killed during the raid following IPOB’s denial of carrying out an attack against the security operatives.

The deceased officers namely Mr Joseph Akubo, an assistant superintendent attached to the special anti robbery squad and Mr Oliver Abbey, an assistant commissioner who was the area commander in charge of Oraifite were victims of the attack.

Mr Ejiofor has already been declared wanted by the police who also accused him of failing to honor invitations over a petition alleging he was involved in “abduction, assault occasioning harm and malicious damage to property” before the raid.

READ  Fight on Corruption : I may be ‘Baba go slow’ but I don’t loot- President Buhari
Share this Post[?]