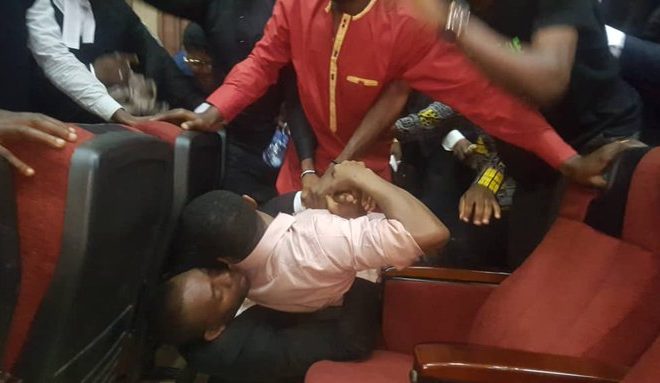 Many people have been left in a state of shock after men of the DSS attempted to re-arrest Omoyele Sowore in court.

The Department of State Services on Friday allegedly attempted to rearrest the convener of #RevolutionNow protest, Omoyele Sowore and his co-defendant, Olawale Bakare, in court.

Information released by SaharaReporters revealed that the DSS operatives also chased away the presiding judge, Justice Ijeoma Ojukwu and assaulted a journalist in their bid to arrest the duo.

Sowore and Bakare were released from DSS detention on Thursday night after several court order to release them went unheeded.