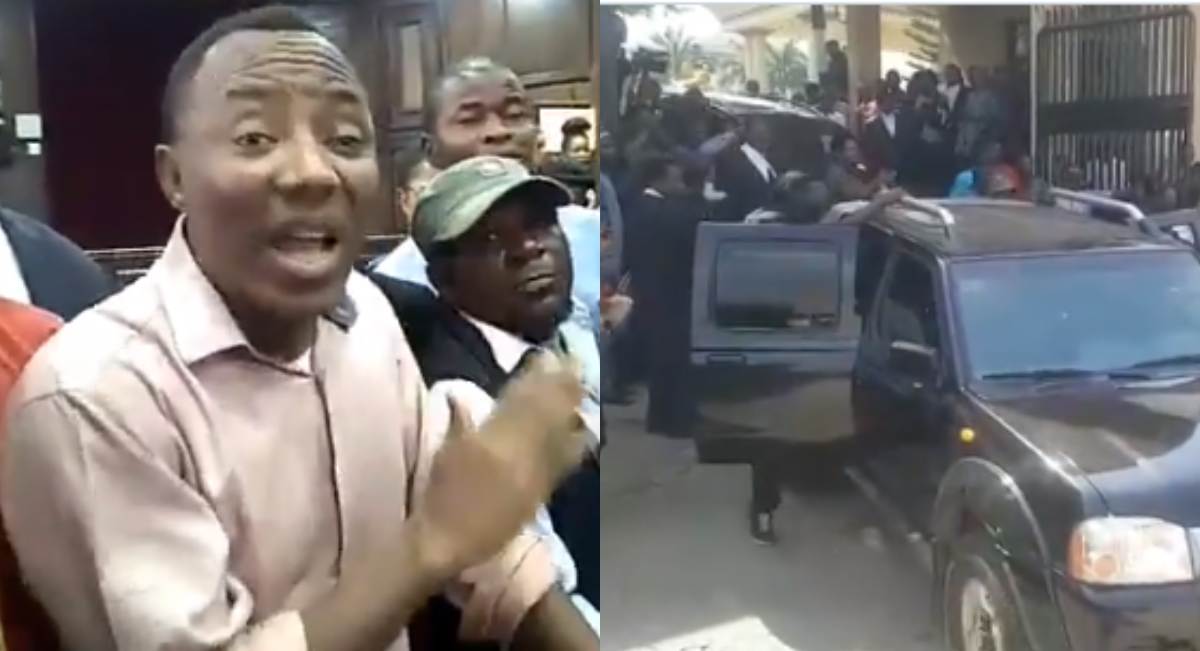 Operatives of the Department of State Services have finally rearrested Omoyele Sowore after chasing his lawyer.

Omoyele Sowore has been rearrested by men of the Department of State Services, a report by TVC News has confirmed.

According to a new report by SaharaReporters, the incident happened after scores of heavily-armed operatives of the Department of State Services chased the vehicle of Femi Falana, Senior Advocate of Nigeria and lawyer to activists, Omoyele Sowore and Olawale Bakare, after he drove them out of the premises of the Federal High Court in Abuja,

The move follows the disruption of court proceedings by DSS operatives during the commencement of trial in a case brought against the activists by the Nigerian Government on Friday morning at the Federal High Court.

The secret police had made fruitless attempted to rearrest Sowore and Bakare inside the courtroom having only released them on bail on Thursday night.

The incident led to rancour and commotion inside and around the court premises with the armed operatives preventing Sowore and team from leaving the place.

However, after several minutes of tension, Falana drove the two men in his car out of the court premises with DSS operatives in several vehicles giving them a hot chase behind.

Earlier, Falana later met with Justice Ojukwu and DSS’ lawyer, Hassan Liman, in a bid to resolve the matter.

Sowore sustained bruises all over his body in the course of being rough-handled by DSS operatives inside the court.