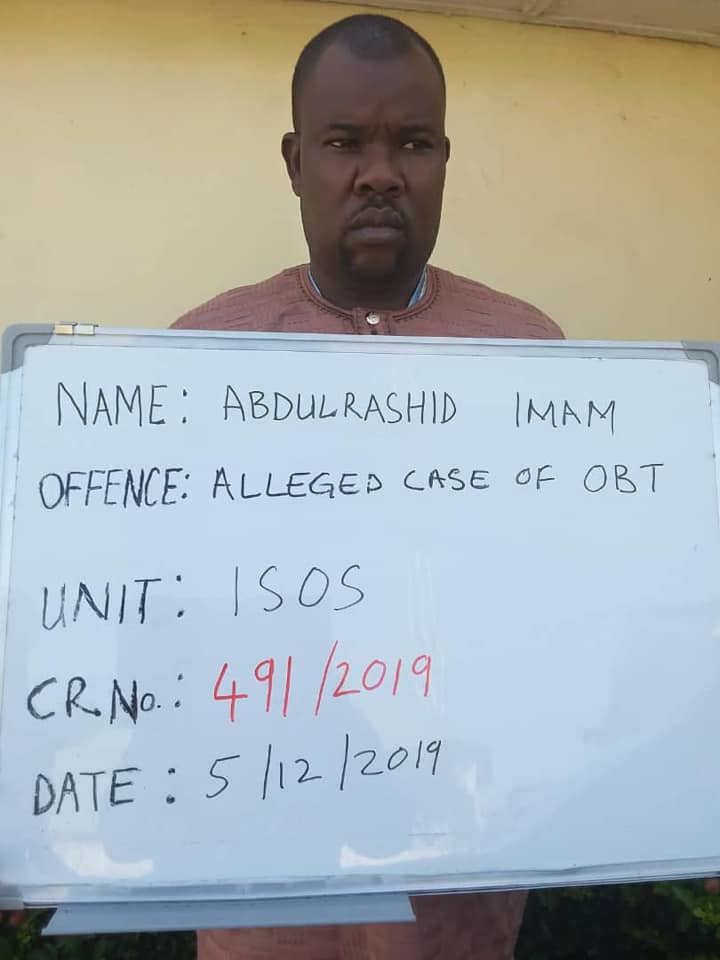 Operatives of the EFCC have apprehended an Imam who duped a victim N11m with the promise of inserting Quran into his head..

The Kaduna Zonal office of the Economic and Financial Crimes Commission, EFCC, has arrested one Mallam Abdulrashid Imam for defrauding one Arc. Mohammed Dewu of N3million and $24,000 USD (N8,700,000).

Dewu had alleged in a petitioner that, sometime in October, 2019 the suspect fraudulently collected money from him claiming to have the supernatural ability to impact Qur’anic knowledge on him through the aid of Jinns (spirits).

To facilitate this, the petitioner claimed that the suspect induced him to purchase the following items: Two number of bottle perfume at N70,000; one bottle of special perfume at N160,000; a bottle of perfume for the treatment of his mother’s leg at N550,000; a set of 60 perfumes to activate the Qur’anic verses that will be implanted into his brain by spiritual means at N1,680,000; two mobile phones and SIM cards at N20,000 and thirty buckets of honey that will enable him transfer the Qur’anic verses to his brain at N900,000.

The petitioner also alleged that the suspect compelled him to pay the sum of $24,000 for prayers to neutralize the forces preventing from getting a plum appointment which the government had planned for him.

Upon the suspect’s arrest, a fake blank Qur’an and keys to the room he had been using to con the victim, were recovered.

So far three houses in Kano state, reasonably suspected to be proceeds of fraud, have been linked to the suspect.

The suspect will be charged to court at the conclusion of investigation.